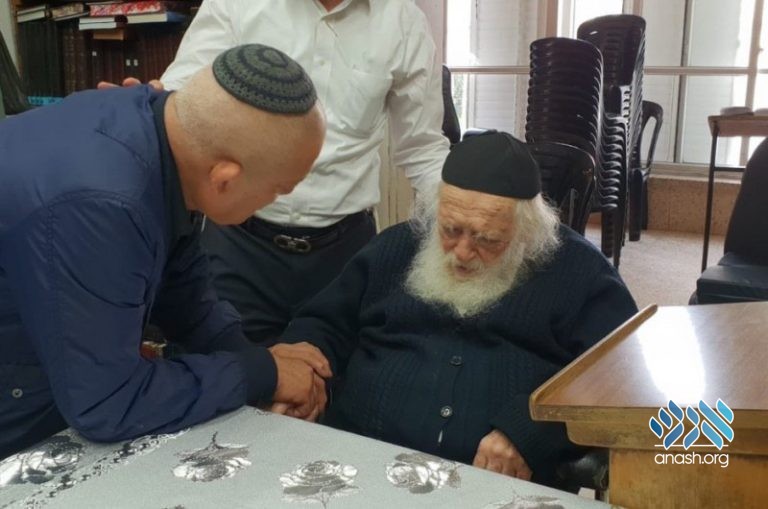 The parents of Naama Issachar visited Harav Chaim Kanievsky on Monday, where they related the great care and devotion shown by the Shluchim in Moscow towards their daughter.

Naama Issachar was arrested in on a stopover in Moscow in April of 2019 and was sentenced to seven and a half years in jail, in what was widely perceived to be a political stunt to use as leverage against Israel. Just over two weeks ago, after months of negotiations between the two countries, Naama was pardoned by President Putin and flown back to Israel on Prime Minister Netanyahu‘s plane.

During the entire time she was under arrest, the shluchim in Moscow accompanied the family every step of the way. Chief Rabbi Berel Lazar and Rabbi Shiye Deitch visited her in prison, arranged Kosher food, and spent time, money and much effort to facilitate her release through legal and political means.

On Monday, her parents traveled to Bnei Brak to visit Harav Chaim Kanievsky, who is considered a leading authority and posek by thousands of Yidden worldwide.

During their visit, her father told Harav Kanievsky about the great dedication showed by the Shluchim in Moscow towards Naama and the entire family, from the moment of arrest on Erev Pesach up until the moment of release.

In an interview with the Kfar Chabad Magazine Yaffa Issachar, Naama’s mother, said: “Rabbi Lazar, whom I have met several times, and in general the shluchim I met in Russia – are people who give all for the sake of another Jews. It must be noted that this is not the first time that I have encountered Chabad, but only in Moscow did I realize how truly caring Chabad was. “