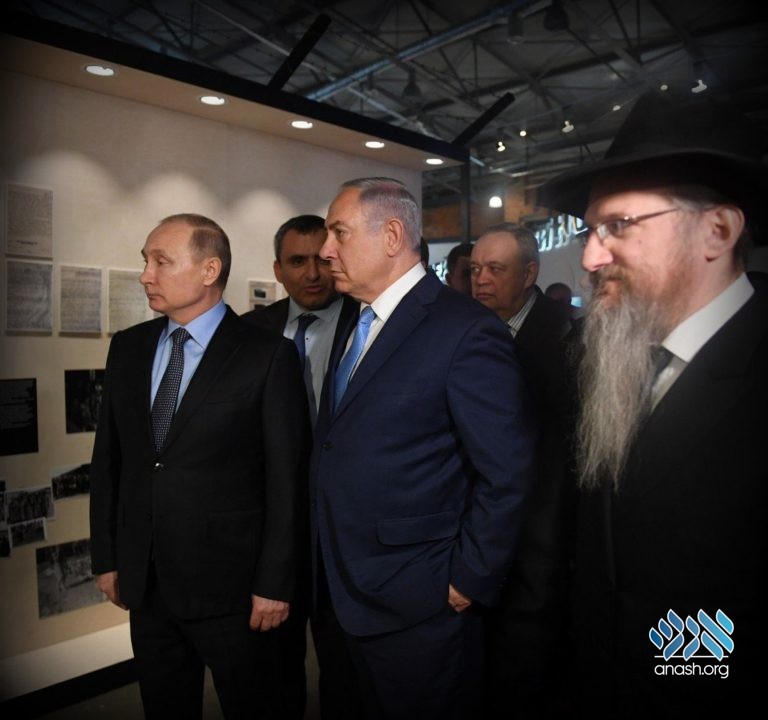 Russian President Vladimir Putin signed a pardon for Naama Issachar, an Israeli woman who was sentenced to 7.5 years in prison. Mrs. Yaffe Issachar thanked Rabbi Berel Lazar for his essential role in the process.

Russian President Vladimir Putin signed a pardon for Naama Issachar, the Israeli woman who was sentenced to 7.5 years in prison, when she was found to be carrying 9.5 grams of cannabis at the Moscow Airport, clearing the way for her to return to Israel.

She will fly back to Israel with Prime Minister Binyamin Netanyahu when he departs from Russia tomorrow.

Netanyahu and Putin plan to meet on Thursday, with Netanyahu stopping in Moscow on the way back from Washington to discuss US President Donald Trump’s peace plan and other diplomatic matters.

The Israeli government and Issachar’s family have pressed for her release for months. On Sunday, she filed a formal request for a presidential pardon.

“The release was a gesture by President Putin to the prime minister [Benjamin Netanyahu],” a senior Israeli source said on Wednesday, “There was no deal with Russia.”

Russian Chief Rabbi Berel Lazar was instrumental in the process leading to her release, conducting quiet diplomacy on her behalf. In addition to the significant help that the Jewish community in Moscow has provided to Naama’s family from the time of arrest.