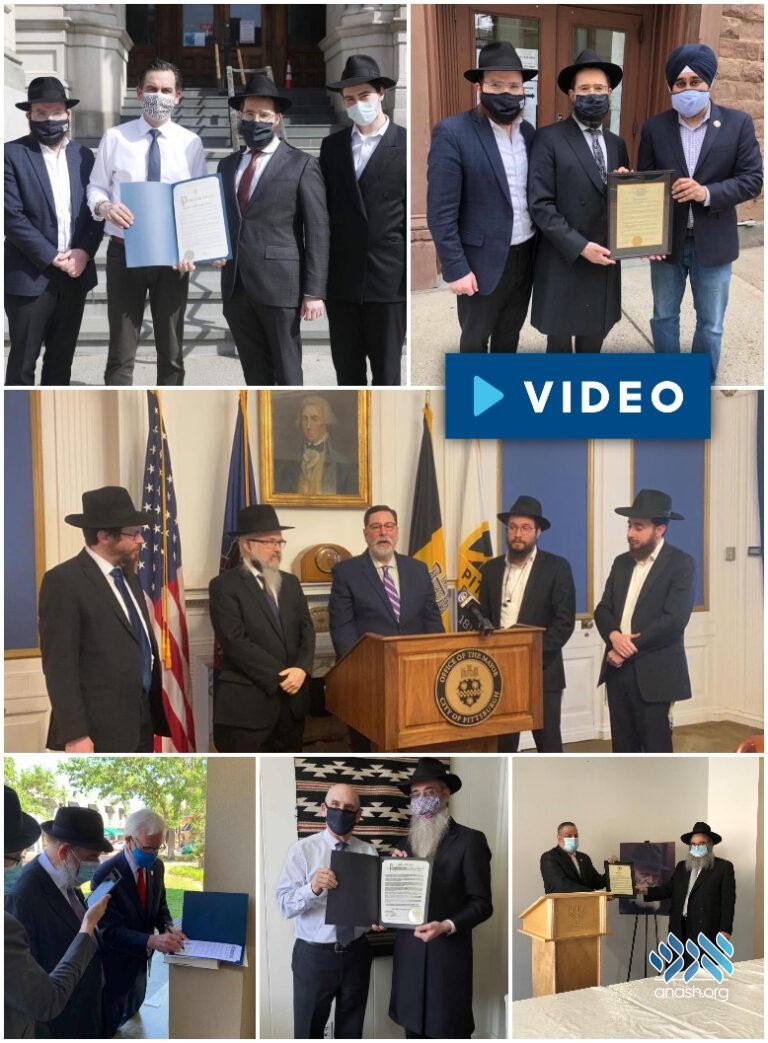 Shluchim across the country have invested much effort in arranging to have Education Day declared in as many locations as possible. Over the last few days, many more states, cities and counties have issued their proclamations.

Shluchim have invested much effort in arranging to have the Rebbe‘s birthday declared as Education Day in as many locations as possible.

Established in 1978 by a joint Congressional resolution, Education Day U.S.A. focuses on the very foundation of meaningful education: instructing our youth in the ways of morality and ethics, and teaching them an appreciation for divine inviolable values.

Education Day is annually declared by the President of the United States, as well as by Governors and Mayors of States and cities across the USA. In 2018, all 50 states issued proclamations recognizing Education Day, in addition to a large number of cities.