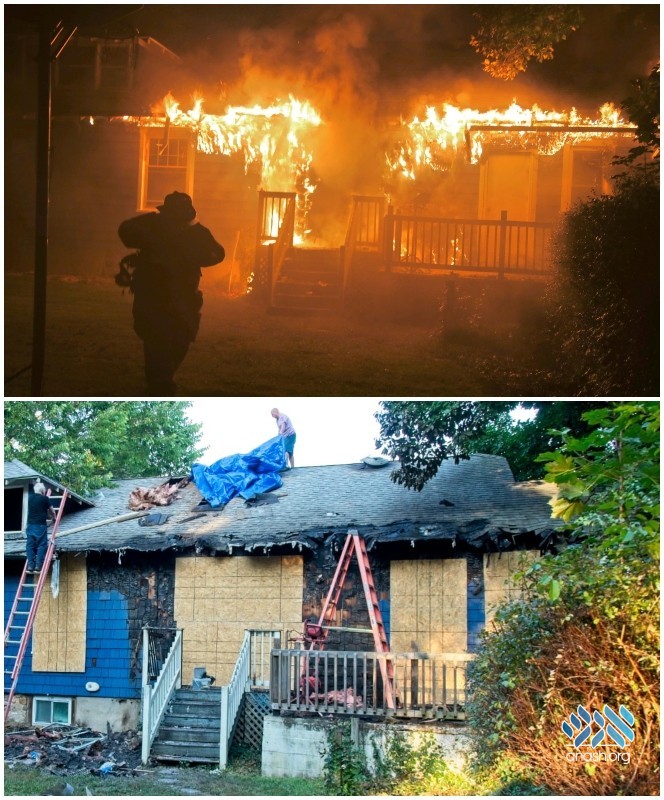 The devastating fire at the Chabad Center for Jewish Life at the University of Delaware was found by investigators to have been arson, but the motive is still under investigation.

The devastating fire at the Chabad Center for Jewish Life at the University of Delaware was found by investigators to have been arson. The motive, however, is still under investigation.

The fire began at approximately 11:00 PM on Tuesday night, and took 45 firefighters, including from neighboring fire companies, some 40 minutes to bring under control.

The center, led by Rabbi Avremel and Shulie Vogel, sustained heavy damage in the blaze, but thankfully, no injuries were reported. Although initial estimates put the damage at $75,000, Rabbi Vogel told Anash.org that the number only included direct fire damage, and when including damage from water and smoke, the number far exceeded that.

The University of Delaware put out a statement to students saying that an “upsetting incident” had occurred and expressing solidarity.

“While not a University of Delaware-owned facility, the Chabad Center serves as a Jewish community center for our campus and sponsors a Registered Student Organization. It is an active part of UD’s religious, faith and spiritual diversity. We affirm our solidarity with the Jewish community at this difficult time,” they said.

The shluchim, whose Chabad House is now damaged beyond repair, have begun a campaign to find a new home for the upcoming school year and Tishrei.

“Fueled by a deep sense of hate and a can of diesel, a tortured soul set our Chabad House on fire. This space was not just a synagogue. It was a home. It was a safe space for hundreds of beloved Jewish souls at the University of Delaware. This was the space where they felt anchored amidst the stormy days of college life,” the shluchim said.

“And now this place is but a pile of ashes. Darkened by black soot and the smells of smoke. Our students are shaken to the core. They feel so brokenhearted, lost and confused.

“We will rebuild bigger and we will rebuild better. We will create a space where the songs of Shabbos will be heard, and the sounds of Torah and prayer will reach deep into their hearts. We will fill this room now darkened by soot, with light, love and spirit,” they said.