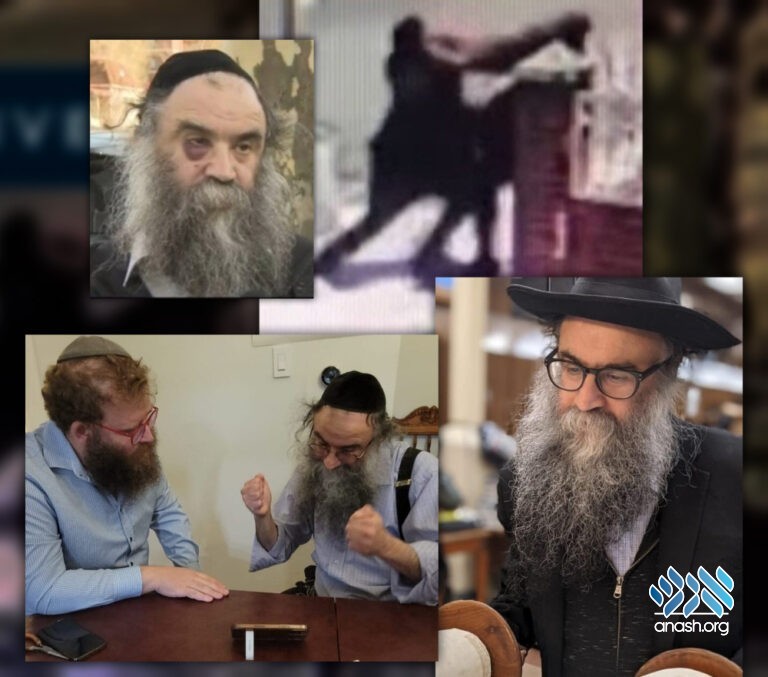 In a letter to the residents of Crown Heights, R’ Menachem Moskowitz expressed his thanks for the tefilos and support during the trial last week of the man who brutally attacked him in April 2018.

R’ Menachem Moskowitz penned a letter of thanks to the residents of Crown Heights, in gratitude for their tefilos and support during the trial last week of the man who brutally attacked him in April 2018.

As reported on Anash.org, the court proceedings were streamed live and hundreds logged on to show their support. The attacker was tried and found guilty of assault and strangulation.

“This past week, on 21 Cheshvan, we witnessed a major didan natzach for klal Yisroel as all of the jurors confirmed that the attacker is guilty on all charges as a hate crime.

“This is a day of shevach v’hoda’ah for many.

“Firstly, I want to thank Hashem Yisborach for orchestrating the whole episode, resulting in the trial in which there was a big kiddush Hashem. My testimony allowed me to make a Kiddush Hashem, which was reiterated in the closing arguments, ending in a victory verdict. Hodu laHashem ki tov ki l’olam chasdo!!!

“Second, I would like to thank and give a shevach v’hoda’ah to the Rebbe for his brochos for the trial and verdict.

“Third, I would like to give a shevach v’hoda’ah to the toshvei hashechuna, the residents of “Kan tziva Hashem es habracha” and klal Yisroel, for davening for me and for showing support by watching and following the court proceedings via the zoom link from the court house. It made a very big impression and impact on the court and its officials handling the case. There were approximately 250 people who logged on and it impressed them to see that the community was behind me.

“I would like to thank all of you for showing your support and logging in to the zoom and for davening for me and the trial! Yasher kochachem bichol halev!!!

“May Hashem grant us the ultimate geulah by bringing Moshiach Now.