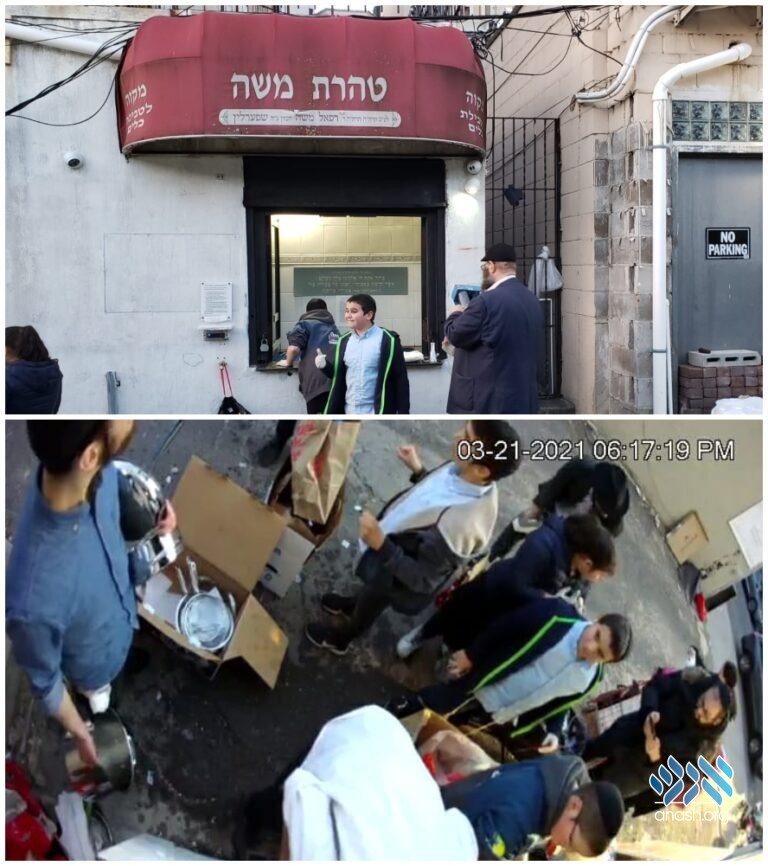 The newly renovated and reopened Crown Heights Keilim Mikvah has been busier than usual ahead of Pesach, and will therefore be remaining open 24 hours a day until Yom Tov.

The newly renovated and reopened Crown Heights Keilim Mikvah has been busier than usual ahead of Pesach, with many Crown Heights residents taking advantage of the mikvah.

The Mikvah, which had been closed for a number of years, was recently reopened thanks to the efforts of a number of Crown Heights activists.

To use the Mikvah Taharas Moshe, a $30 hold is placed on the user’s credit card. If a car is parked in the alley, or any packaging, boxes or trash is left in the alley, the $30 charge will remain. Similarly, if one leaves the door open, he will be charged $30. Otherwise, the charge will be removed.