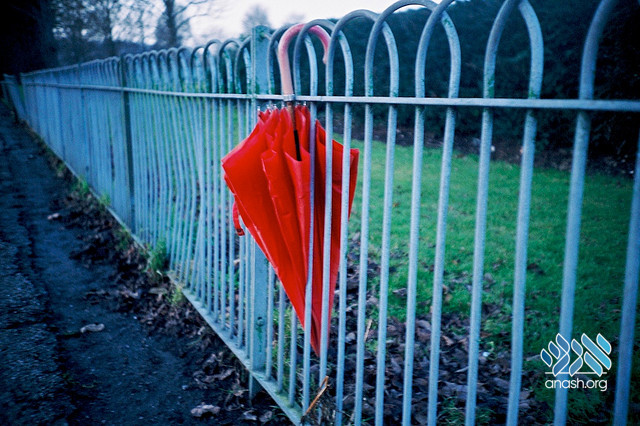 I once took an umbrella without permission, but I don’t know whose it was. How can I do teshuva?

The Alter Rebbe writes in Igeres Hateshuva that the primary component of teshuva is abstaining from sin (azivas hachet), meaning the resolve to never again transgress this or any other sin.

While the mitzva of teshuva is completely fulfilled with one’s return to Hashem, if one has stolen from another person, it must be returned—besides the primary mitzva of returning the stolen object (or in certain instances its value) “v’heishiv es hagzeila”—also to demonstrate his teshuva, for until then we don’t know whether he has truly done teshuva. If the stolen item doesn’t exist anymore, then he must compensate its value.

In order to make it easier for thieves to do teshuva, Chazal established that if a thief—whose living was such—comes forward on his own to do teshuva and compensate the value of items he stole and no longer has, one should forgive him and not accept money from him, in order to help him make the decision to mend his ways, even if the thief is well off (as Chazal didn’t differentiate). Yet, this doesn’t apply to stolen real estate.

Chazal aren’t pleased with someone who accepts the money. However, if the one who was robbed owes money to others, he should accept the money, for his midas chassidus doesn’t overrule the obligation to pay back his debtors. Similarly, if the thief insists that he wishes to return the money in order to achieve complete atonement, one may accept it from him.

If one doesn’t know from whom he stole, he should donate the money towards communal needs (e.g. for the upkeep of an eruv, shul or mikva), with the hope of benefitting also the one he stole from. Since in this case there is no one to forgive his debt, he is therefore obligated to pay back. Still, this is not considered a full-fledged return.

Poskim write that one should include in his will that some money should be left for communal needs, as many people have stolen during their lifetime and often doesn’t even know from whom, thus this tzedaka will bring atonement.

If one borrowed money and doesn’t know from whom, the obligation to give it towards communal needs doesn’t apply, as the money did not come to him in a forbidden manner.