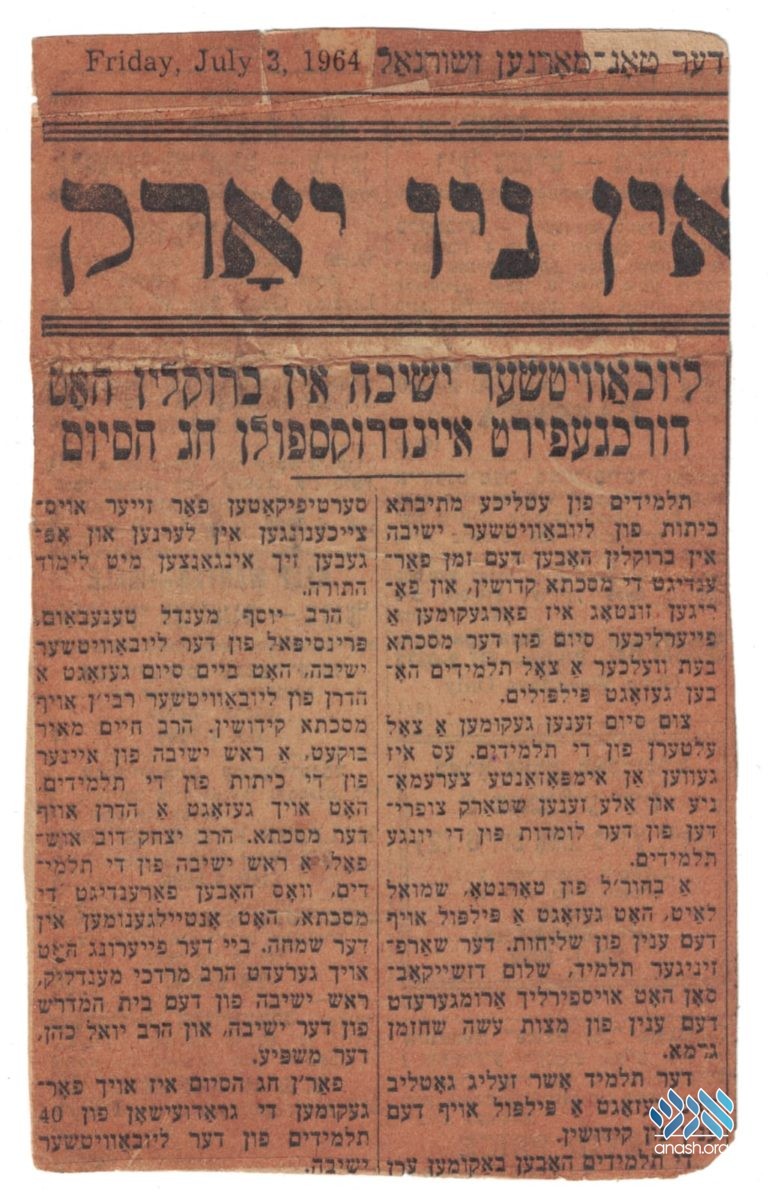 Yesterday’s “From the Archives” post elicited some responses, including the fact that it was a siyum mesechta at the end of the school year at ULY at Bedford & Dean.

Now some of the “peripheral” details are coming in. The clipping we present here is from the Tog-Morgen Journal (predecessor to the Algemeiner Journal) some 12 days after the event.

We learned yesterday that the bochur speaking is Sholom Jacobson, zol gezunt zein, a member of the Vaad L’hafotzas Sichos and Crown Heights Mashpia. His chavrusa for this venture was Shmuel Light, also of Crown Heights, then of Toronto.

The article mentions that a siyum was made only on Masechta Kiddushin, but according to Reb Sholom, it was a siyum on both Sotah and Kiddushin. The chiddush (novelty) here was that it was studied during the time that other bochurim attended Limudei Chol. The two bochurim here instead utilized that time to finish masechtos.

Members of the faculty also delivered speeches. Including:

A Chag Hasiyum (graduation ceremony) for some 40 graduates preceded this event.

With thanks to Rabbi Asher Webb of Crown Heights.