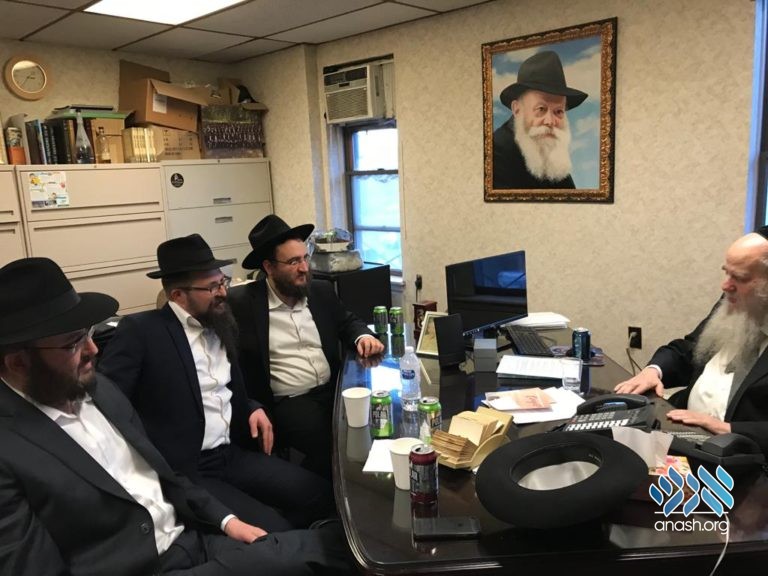 Three shluchim from China who traveled to America after their communities left met with Rabbi Moshe Kotlarsky to thank him for his help and plan their next steps.

Three shluchim from China came to thank Rabbi Moshe Kotlarsky for his help today, and plan Chabad of China’s next steps.

The shluchim, Rabbi Avraham Greenberg of Pudong, Shanghai, Rabbi Dovi Henig of Chengdu, and Rabbi Yekusiel Kalmanson of Ningbo spent the last weeks helping the many in need as the coronavirus spread through China, claiming many victims.

At the onset, it seemed like the coronavirus might be overcome, and shlichus would continue as usual. As time progressed, it became more and more obvious that the disaster was only spreading, and the situation in China only getting worse. Thousands were infected every day, and many countries closed their borders to Chinese residents.

As the situation quickly became life-threatening, many of the Jewish community members in China fled to other countries, intending on waiting there until the virus is contained. With the communities gone, the shluchim in the more dangerous areas also left, intending to return as soon as the situation allows.

Today, the shluchim came to Rabbi Kotlarsky’s office to thank him for the help and support he constantly offers to shluchim, and especially during the trying past weeks. The shluchim and Rabbi Kotlarsky also planned Chabad of China’s next steps, with no community and no visitors for the near future.