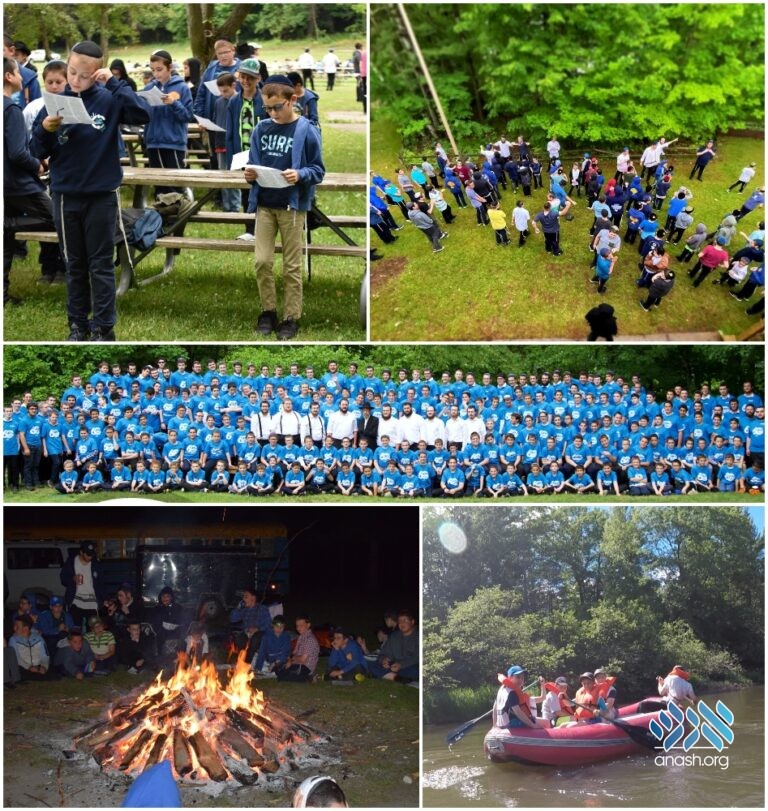 Registration has opened for Camp Gan Yisroel Detroit and organizers are looking forward to once again welcoming over 1,000 campers and staff to enjoy a chassidishe and fun summer.

Registration has opened for Camp Gan Yisroel Detroit and organizers are looking forward to once again welcoming over 1,000 campers and staff to enjoy a chassidishe and fun summer.

“Isaac has not stopped raving about camp; “Detroit is the most under-rated camp ever,” were his exact words,” one mother wrote after her son spent a month at CGI Detroit last year. Isaac was one of more than 250 boys who got to experience a summer in CGI due to Detroit’s expansion. And his mother says the effects of camp lasted well beyond that summer. “He came home more mature, more connected to Hashem, and his love for the mitzvah of Tefillin is so special.”

After the purchase of their new property in Tustin, Michigan, was finalized a few weeks ago, the hanhola are once again offering two sessions for elementary boys as well as a Bar Mitzvah Division running alongside the main camp program. The girls will have one session for elementary classes followed by a separate Teen Camp session for eighth- and ninth-graders.

CGI Detroit enters its seventh decade this year, having been established 61 years ago with brochos and directives from the Rebbe. In fact, while the purchase of the new campgrounds was in the process last year, camp organizers found a letter from the Rebbe that had been received sixty years earlier. The letter was in response to a query about whether to purchase a second site as the camps’ first summers had been so successful. The Rebbe responded that “it is too soon at the current moment”, it was understood that it wasn’t prudent to purchase a second site yet, but growth should happen at the right time. Now, decades later as the camp was taking steps to cement that growth, the letter was rediscovered.

“B’ezras Hashem we will continue to see the camp grow mechayil el choyil in an appropriate way as per the hora’ah implicit in this letter,” Rabbi Yosef Gurary, Mashpia of the boys’ camp said at the time. With more than 600 girls attending last year in addition to the boys and with the camp now offering two months for both the boys’ camp and the girls’ camp for the first time in their history, it was plain to see the hora’ah being realized.

“As chassidim we know that the Rebbe never allowed us to rest on our laurels, he always propelled us to grow further,” says Camp Director, Rabbi Moshe Shemtov. “With our permanent home now established at both campgrounds, we have the opportunity to follow the Rebbe’s teaching and provide many more children with the immersive atmosphere of chassidishkeit and t’mimus that overnight camp offers.”

Based on the overwhelmingly positive feedback the camp received last year, directors are expecting enrollment to max out fast, even with their new larger capacity. Parents reported that their kids were complaining of being “camp-sick,” or in other words, “Both of my daughters returned with smiles, and told me, hands down this was their BEST summer ever! They said you really care about the campers and they felt as if what they said matters.” Another mother summed the experience up this way, “My boys’ only complaint is that two months of camp passed by way too fast.”

To register your child/ren, please visit cgidetroit.com. Here are the dates for the various sessions available.