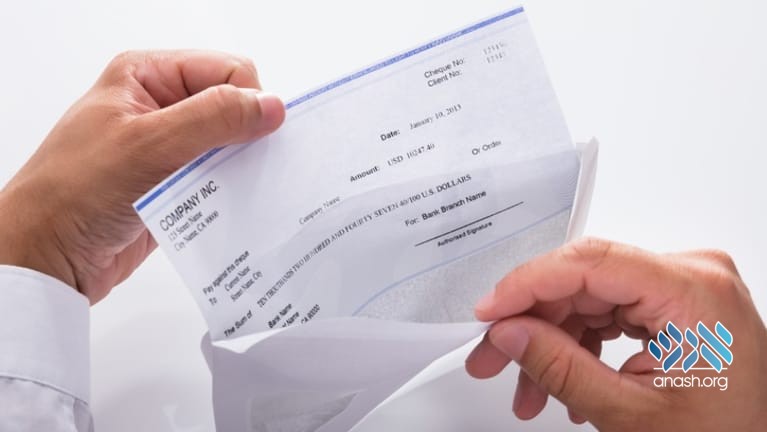 May a mosad stipulate that employees return maaser from their paychecks?

While there is a Torah obligation to give tzedaka, poskim dispute whether the obligation to give ten percent of one’s earning (maaser) is from the Torah, midrabanan, or a commended practice dating back to Avraham Avinu. On many occasions, the Rebbe strongly encouraged this practice.

Maaser money, besides for being given to the poor, may also be used for some mitzva purposes. Personal obligatory mitzvos, such as buying personal tefillin, may not be paid with maaser. However, some allow it to be used for the extra margin to beautify the mitzva (e.g. a nicer esrog) and this is permitted if necessitated by one’s finances. If someone is financially strained, he may stipulate that from now onwards he will use maaser money also for obligatory mitzvos, since maaser isn’t a bona fide obligation, especially for someone in this situation (see details in issue 347).

If one is employed by an organization that is worthy of receiving maaser donations, and they stipulate that he return ten percent of his paycheck, this constitutes an obligation created by his employer and according to many poskim it cannot be considered maaser. Employment that hinges on the employee making a particular donation is likewise considered doing “business” instead of a true tzedaka donation. (Though some poskim allow it, some of them are specifically discussing a situation when the employee has the ability to object.)

If the organization doesn’t obligate him, and only requests that maaser be donated back to them, it could be considered maaser, even if he commits to do so throughout the entire year. Certainly, a mosad may not obligate a financially strained employee who is halachically exempt from maaser to give them maaser from his paychecks.