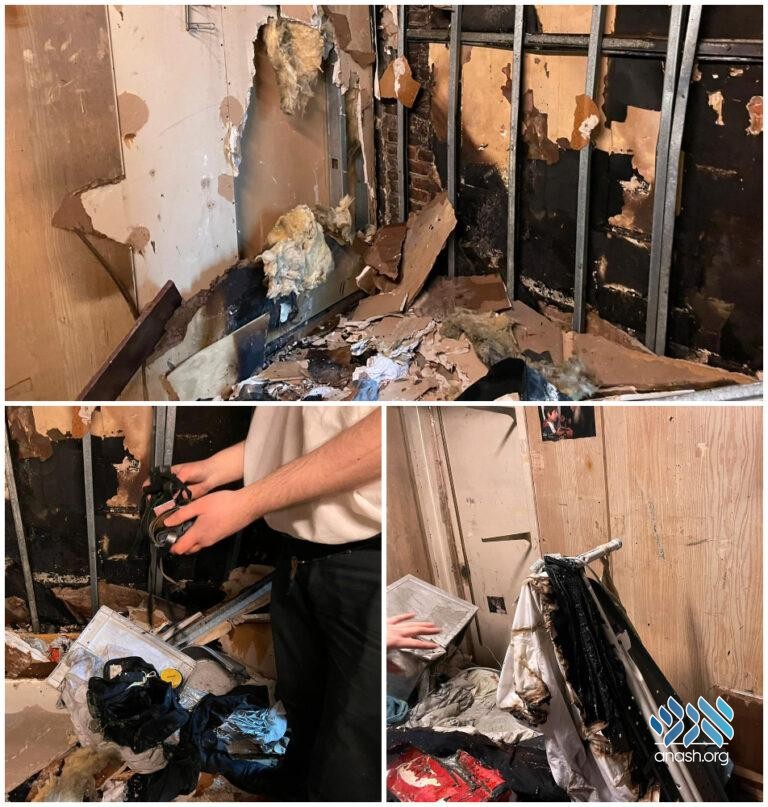 On Monday this week, a fire broke out in the dormitory building located at 749 Eastern Parkway, leaving a number of bochurim with nothing but the clothes on their back. A fundraising campaign was launched to buy them some basic items.

On Monday this past week, a fire broke out in the dormitory building located at 749 Eastern Parkway, which houses students studying at the Central Tomchei Tmimim in 770.

The fire, which was apparently caused by a short circuit, caused extensive damage to the room and to the bochurim’s possessions and filled the entire building with smoke, prompting an evacuation.

Firefighters rushed to the scene, extinguishing the fire before it could spread to the rest of the building. Baruch Hashem there were no injuries reported.

However, the bochurim whose room was affected were left with nothing, aside from the clothing on their backs. Their clothes, the beds, valuables, and any other possessions were destroyed by fire.

To cover the costs and allow them to purchase basic items and necessities, their friends launched a campaign to buy them the items they desperately need.