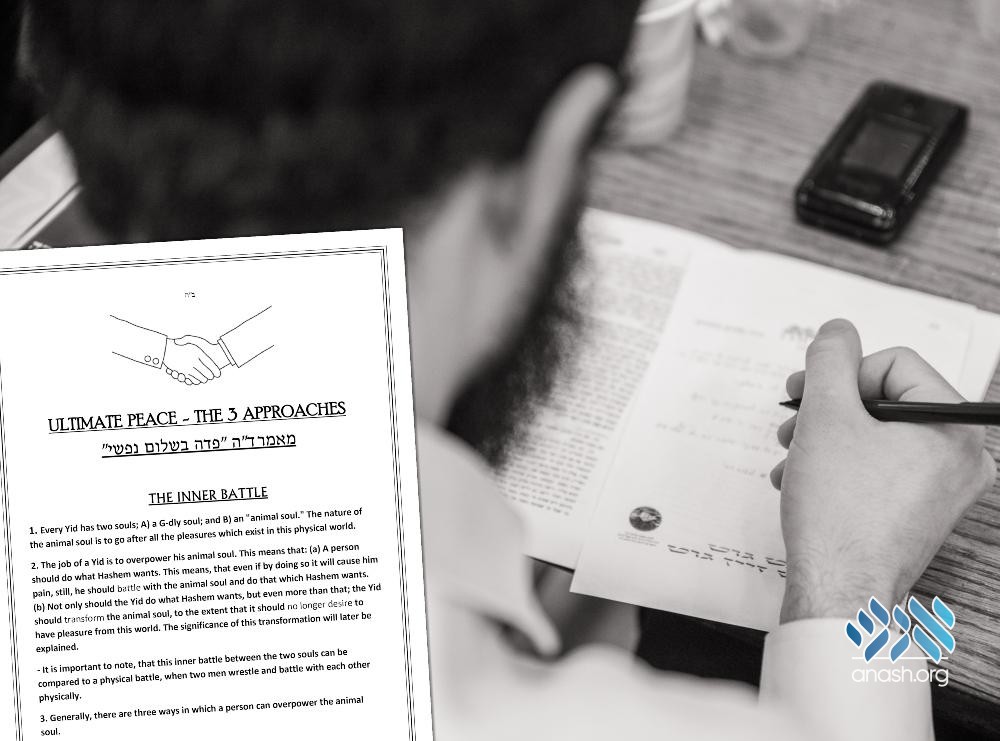 Upon seeing bochurim’s need for maamorim to be adapted into English, Moishy Tauber worked on several texts. He now presents the maamar Pada B’Shalom Nafshi in honor of 19 Kislev.

It began around Yud Shvat 5780 when Moishy Tauber, a bochur shliach in Yeshiva Lubavitch Queens, realized that many bochurim were unfamiliar with the basic flow of Basi Legani 5711.

Something had to be done.

So after seder each evening, Tauber sat down to write and rewrite the maamar in a basic English for the average bochur to be able to understand. He placed much emphasis on distilling the maamar’s key points and demonstrating how each point flows to the next.

The summary was welcomed with much appreciation by the yeshiva students, but they weren’t the only ones to benefit. Tauber’s text was distributed in shuls and digitally, garnering much positive feedback. Shluchim reported to him that they used it as a basis for their Yud shevat shiur in their Chabad houses.

This year, Moishy Tauber is learning Semicha in 770 and tutoring. When he and his chavrusa sat down one night to learn the Rebbe’s maamar of Padah Beshalom from the year 5722, they noticed it is based on a maamar of the Mitteler Rebbe in Shaarei Teshuvah.

Although they were a bit apprehensive that the Mitteler Rebbe’s style would be above their heads, they were pleasantly surprised at how clearly the Mitteler Rebbe explains the concepts, explaining them in great detail and with parables. Tauber found that the ideas seemed more practical and relatable, making them easier to apply in his day-to-day life.

Tauber reviewed the maamarim of the Mitteler Rebbe and the Rebbe again and again, so he could begin to wrap his mind around the ideas. Once he internalized the concepts, he wanted to adapt these ideas into simple English so that others could benefit as well.

The maamar below was said by the Rebbe on Shabbos Parshas Vayetzei, Yud Kislev. In the maamar, the Rebbe discusses 3 approaches in the battle against the amimal soul.