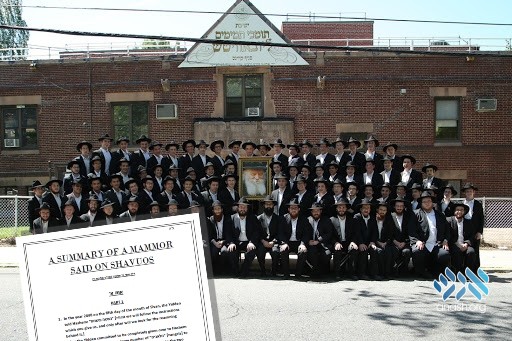 Upon seeing bochurim’s need for maamorim to be adapted into English, Moishy Tauber worked on several texts. He now presents the maamar “Anochi Hashem Elokecha” as an excellent preparation for Matan Torah.

It began around Yud Shvat 5780 when Moishy Tauber, a bochur shliach in Yeshiva Lubavitch Queens, realized that many bochurim were unfamiliar with the basic flow of Basi Legani 5711.

Something had to be done.

So after seder each evening, Tauber sat down to write and rewrite the maamar in a basic English for the average bochur to be able to understand. He placed much emphasis on distilling the maamar’s key points and demonstrating how each point flows to the next.

The summary was welcomed with much appreciation by the yeshiva students, but they weren’t the only ones to benefit. Tauber’s text was distributed in shuls and digitally, garnering much positive feedback. Shluchim reported to him that they used it as a basis for their Yud shevat shiur in their Chabad houses.

Encouraged by the tremendous success of the Yud Shvat maamar summary, Tauber set out to make a similar outline for a Yud-Alef Nissan maamar, ‘Beyom ashtei asar yom.’ This, too, was well received by the public, at a time when the world was on lock down.

Immediately thereafter, Tauber began to prepare a maamar for Shavuos, filling notebooks with his handwritten notes, and subsequently typing it up for everyone’s benefit.

The maamar below was said by the Rebbe on the night preceding Erev Shavuos 5749. In the maamar, the Rebbe discusses practical ways for us to prepare in the days leading up to kabbolas HaTorah on Shavuos.