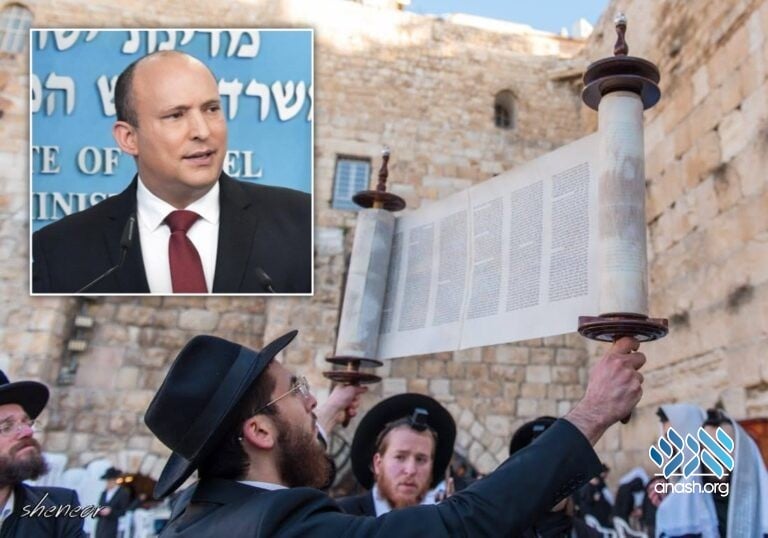 Israel’s Prime Minister Naftali Bennett said in an interview this weekend that his government will not be able to implement the plan to formally establish an egalitarian section at the Kosel Hamaaravi.

Israel’s Prime Minister Naftali Bennett told The Jerusalem Post in an interview this weekend that his government will not be able to implement the plan to formally establish an egalitarian section at the Kosel Hamaaravi.

The so-called “Kosel Compromise Plan” as its supporters call it, is being pushed forward by the Reform movement in Israel and the United States and its representative in the Knesset, MK Gilad Kariv, and the Labour Party. The plan will expand and restructure an egalitarian prayer space at the Kosel.

Politicians from Shas, UTJ, and the Religious Zionist Party praised the Prime Minister’s decision to halt the formation of an egalitarian section at the Kosel.

“Anything that will stop the galloping to harm every aspect of Judaism makes me happy,” Gafni said when asked about Bennett. “I am a partner in efforts to stop these steps and I hope they will continue to be stopped. We will continue our war that our rabbis told us to fight.”

Last month, Harav Yitzchok Yehuda Yeruslavsky, senior member of the Beis Din Rabbonei Chabad in Eretz Yisroel and rov of Nachlas Har Chabad called on members of Klal Yisroel to “do everything they can to prevent this desecration.”

“It is a holy obligation,” Harav Yeruslavsky wrote, “to prevent transferring even the smallest part of the place of our Beis Hamikdash so that it can be desecrated with matters which are the opposite of holiness. And no compromise or such thing, G-d forbid, is possible here.”

Diaspora Affairs Minister Nachman Shai said that he and his Labor Party are still committed to the agreement.