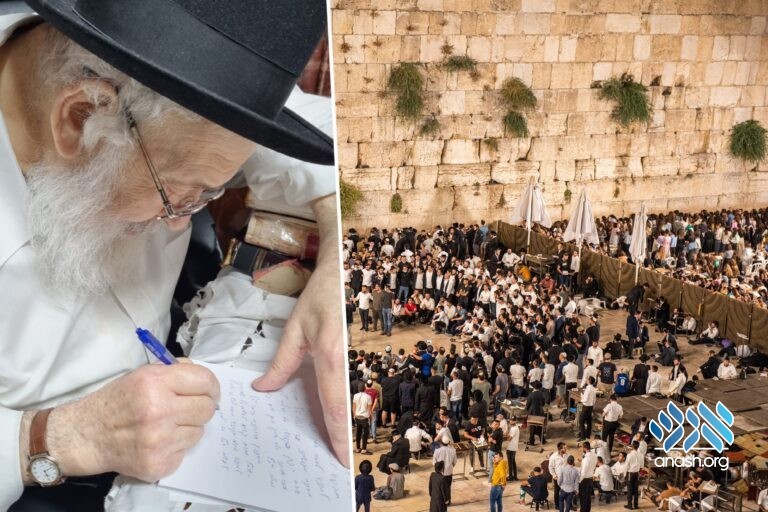 In a scathing letter released today, Harav Yitzchok Yehuda Yeruslavsky called on Klal Yisroel to “do everything they can to prevent this desecration” and “no compromise is possible here.”

A senior Chabad rov in Eretz Yisroel is joining the battle against the Bennett government’s religious “reforms” and its intent to implement the Kosel Plan, granting formal recognition to the Reform movement.

In a sharply worded letter released Wednesday, Harav Yitzchok Yehuda Yeruslavsky, senior member of the Beis Din Rabbonei Chabad in Eretz Yisroel and rov of Nachlas Har Chabad called on members of Klal Yisroel to “do everything they can to prevent this desecration.”

“It is a holy obligation,” Harav Yeruslavsky wrote, “to prevent transferring even the smallest part of the place of our Beis Hamikdash so that it can be desecrated with matters which are the opposite of holiness. And no compromise or such thing, G-d forbid, is possible here.”

The current “Kosel Compromise Plan” as its supporters call it, is being pushed forward mainly by the Reform movement in Israel and the United States and its representative in the Knesset, MK Gilad Kariv, and the Labour Party. The plan will expand and restructure an egalitarian prayer space at the Kosel.

Earlier today, leaders of Liba Yehudit center, led by Oren Heonig, visited Rabbi Yaroslavsky in his home and talked at length about the Reform Movement’s recent attempts to insert their agenda into the mekomos hakdoshim. Rabbi Yaroslavsky expressed his strong support for the organization and its work.