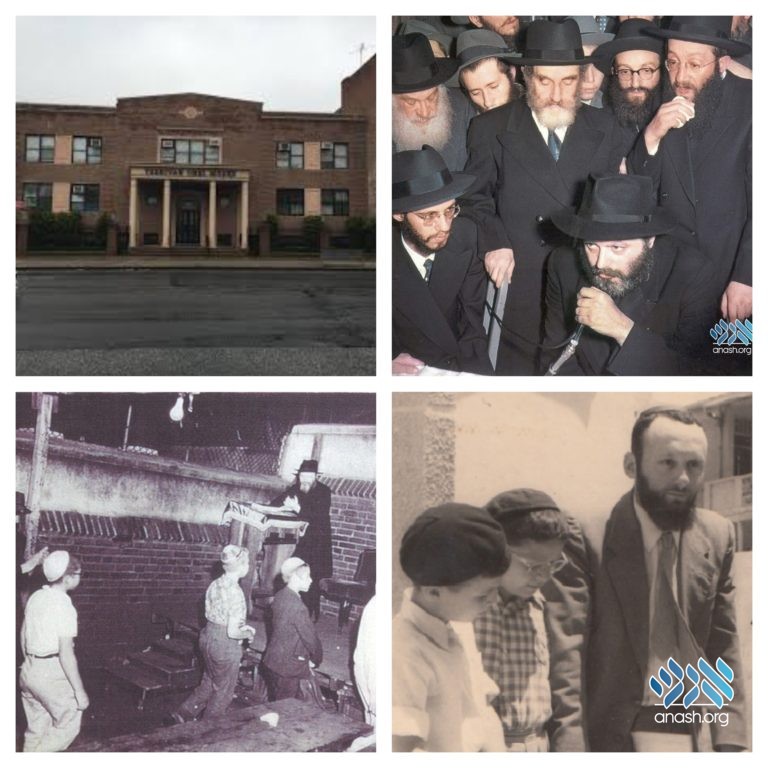 In a teshura from a recent Simspon family wedding, a transcript of a yechidus was published written by Reb Eliyohu (Yaichel) Simpson of a sicha the Rebbe said to children from a “Yeshiva Ohel Moshe” in 5717/1957.

Yeshiva Ohel Moshe was opened in 5687/1927, at a time when most Brooklyn-based Jewish education was via Talmud Torahs. There are 400 students reported in the school for 5714/1954. However, who brought the group to the Rebbe was a mystery.

The mystery was solved in this week’s Here’s My Story. Rabbi Avraham Rottenberg tells how he taught for several years taught at a Yeshivas Ohel Moshe in Bensonhurst, Brooklyn, and that at the end of each year he brought his students for a yechidus with the Rebbe.

The circle is now complete.

In this video, Rabbi Rottenberg tells of his visit to the Rebbe with his class, but doesn’t mention the name of the Yeshiva.

Our thanks to the reader that brought this to our attention.