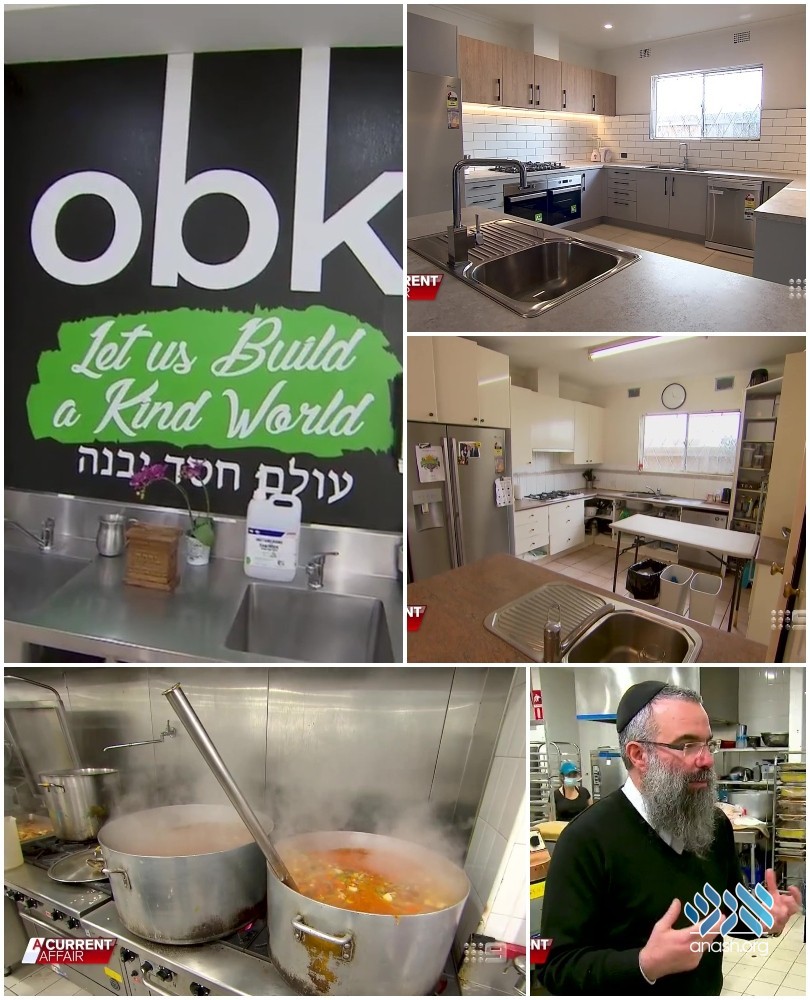 After a TV program renovated shluchim Rabbi Dovid and Laya Slavin’s home, another TV program redid their kitchen and gave their commercial kitchen a face-lift as well.

After a TV program renovated shluchim Rabbi Dovid and Laya Slavin‘s home, another TV program redid their kitchen and gave their commercial kitchen a face-lift as well.

The Slavins head Our Big Kitchen, a community-run industrial kitchen where meals are prepared for distribution to hospitals, ambulances, women’s, youth and children’s shelters, hostels, religious organizations, and anyone else who’s hungry.

But it all started on a much smaller scale, right in the Slavin home kitchen.

“By trade, I’m a hairdresser, from that I went into the chemotherapy wards, and when a woman is going through treatment, you don’t see the pain, the worry, the sickness, but you’re going to see very obviously the hair,” Mrs Slavin said.

Rabbi Slavin said that dealing with the women in need is what prompted his wife to begin the organization.

“The women would be here getting their hair done, and she’d ask them, how are you managing with dinner? They’d inevitably cry very often and Laya cries with them. And then our dinner would go out the door! But this kitchen really became a busier kitchen, then the volunteers came in, and this kitchen got a good wearing out! We decided to build something much bigger which became Our Big Kitchen.”

Over the last 18 years, the home kitchen where it all started has literally fallen apart. A local TV station, with the help of some very generous businesses, decided to renovate the kitchen, and to give OBK’s commercial kitchen a face-lift as well.

In addition to the renovations, Mrs. Laya Slavin was nominated as a Westfield Local Hero with a grand prize of $10,000.

“If we win, the entire sum will be donated to OBK,” Rabbi Slavin told Anash.org. “But we need your help. Every vote counts. Please cast yours, and share with your friends as well,” he said.