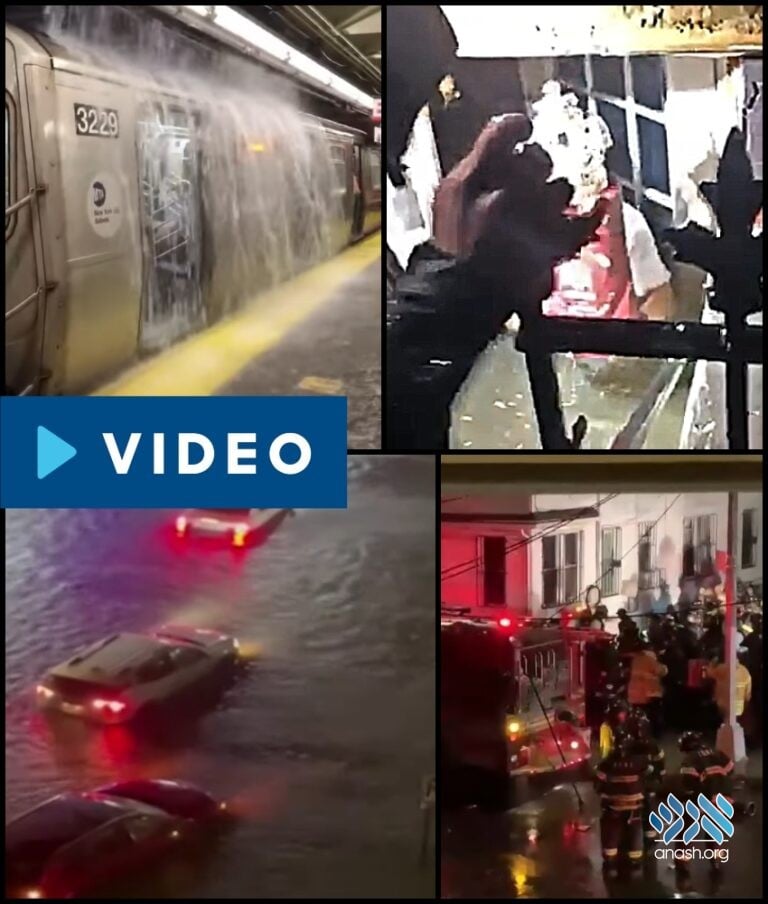 Rabbi Shmuel Duvid Weissmandl, a”h, 69-year-old, passed away after being swept into high water near the Tappan Zee Bridge.

In Queens, a 48-year-old woman and her 50-year-old husband drowned along with their 2-year-old son in their basement apartment.

Other victims include an 86-year-old woman who drowned inside her basement apartment in Elmhurst;  a 48-year-old woman in Forest Hills; a 43-year-old woman and her 22-year-old son in Jamaica, Queens; and a 66-year-old man in Cypress Hills, Brooklyn. All of these victims were trapped in flooded basements, according to the New York Post.

In New Jersey, at least 14 people died during the floods. Five people drowned when their Elizabeth apartment complex flooded, and one man died when his car became trapped in rushing waters in Passaic County. An unknown number has been reported missing.

The FDR Drive and the Bronx River Parkway were underwater on Wednesday night, with some people trapped and some fleeing out their windows or rescued by emergency services. New York City put a travel ban in place for all non-emergency vehicles until 5 a.m. Thursday. Many subway lines and station were submerged on Wednesday, with hundreds rescued by first responders. Subways returned with limited service by Thursday morning.