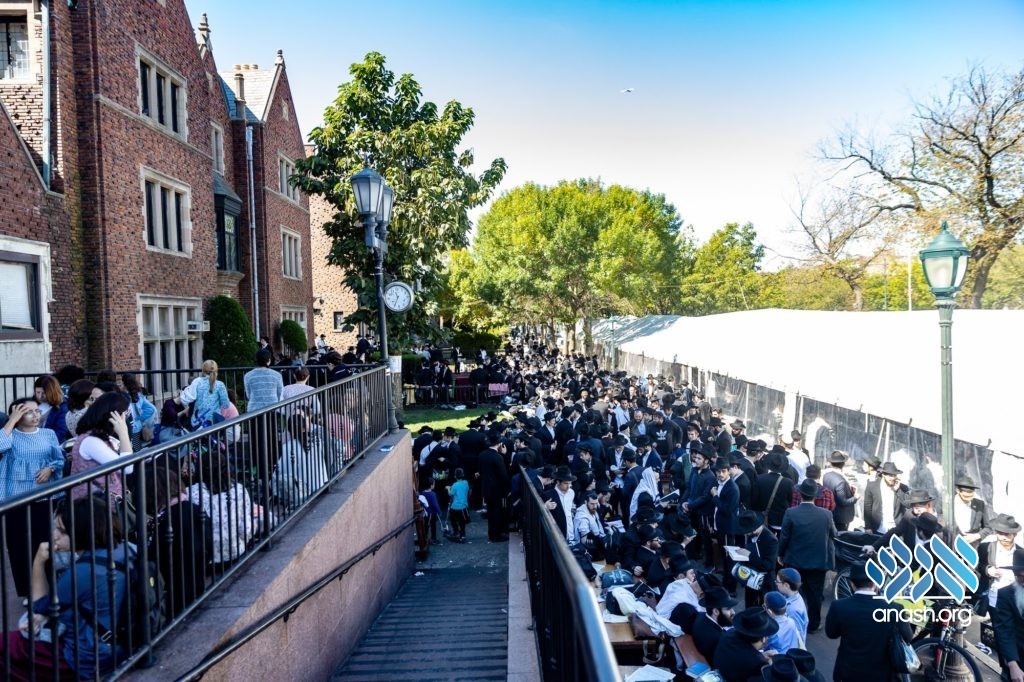 Following local doctors’ decision, the main shul at 770 will remain open for Yom Tov, with health regulations indoors, and additional minyonim outdoors. Following the main minyan, tekios will be blown outside using the Rebbe’s shofar.

With the Yom Tov of Rosh Hashana coming up in just a few days, and the concern of a fresh outbreak of COVID-19 in Crown Heights on many people’s minds, the plans for davening and tekios in 770 are being hotly debated.

As previously reported on Anash.org, Harav Yosef Braun stated that his personal recommendation is for 770 to be shut. However, he said he defers the decision to the local doctors. Sources have confirmed to Anash.org that Dr. Eli Rosen has stated that 770 must remain open for Rosh Hashana, as closing it would cause the hundreds of bochurim and visitors to spend time in the community’s shuls and streets, a recipe for disaster.

Instead, the shul will remain open, with health precautions in place and steps to prevent the crowd from being too large.

The online sale of seats in 770, which usually brings in hundreds of thousands of dollars of revenue for the shul, was closed a week early. All those who did not yet purchase seats will be unable to do so, however, their ‘chazaka‘ on the seats will not be lost, and they will be able to purchase them in the coming years. Only approximately half the seats have been sold as of the sale closing, and the remaining seats will be removed from 770 allowing for more standing space.

The minyan in 770 is expected to be faster than other years, and masks will be mandatory at all times. The gabboyim have already purchased thousands of masks for use by all entering the shul.

In addition, there will be minyonim for Rosh Hashana set up outside 770, in the sukkah area, as well as on the service lane, with chairs, tables and ample space to social distance. Elderly individuals and those with preexisting conditions are discouraged from entering 770, and should join the minyan outside.

The Rebbe’s room as well, will have a limited crowd, with a tent set up outside for those who wish to join the minyan.

Since many have expressed the desire to join the tekios in 770, but are unable to do so for health reasons, R’ Sholom Tenenbaum, the Ba’al Tokea of the main minyan, will be bringing the Rebbe’s shofar outside 770 following the main minyan and will be blowing 30 tekios there.

Additional details will be released by the management of 770 before Rosh Hashana, and will be posted on Anash.org as soon as they are released.