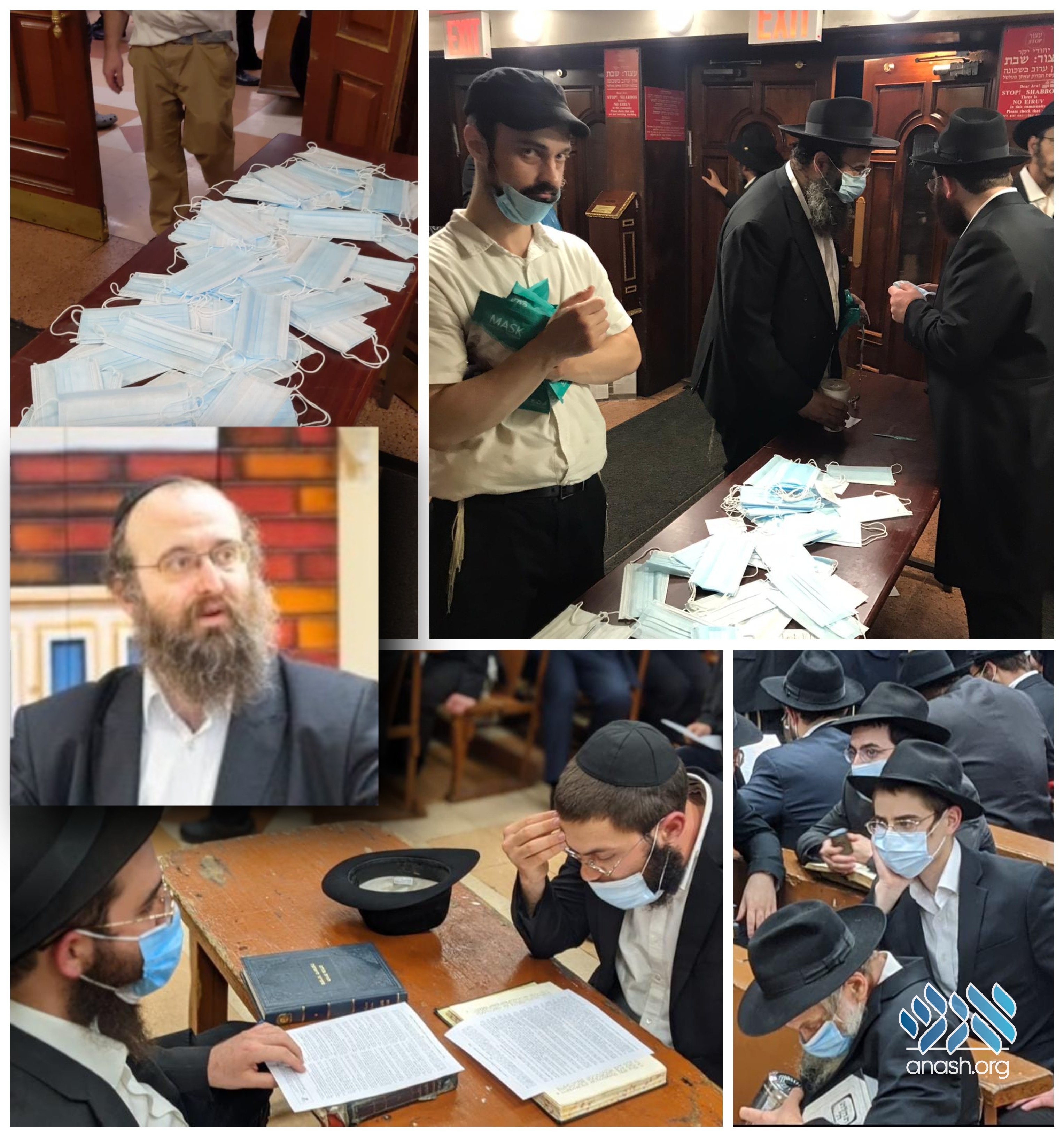 Harav Yosef Yeshaya Braun stated in a phone call that, in his opinion, it is preferable to close 770, but since the doctors have deemed it safe under certain conditions, it may stay open providing that all those conditions are met.

In a phone call between the Crown Heights Beis Din and a community member regarding wearing masks in 770, Harav Yosef Yeshaya Braun stated unequivocally: Everything the doctors order is compulsory.

“The rabbonim have sent out countless letters, and it is becoming impossible to repeat,” the rov said. “Everything is dependent on the doctors. If they ask the public to keep away from something, consider that thing treif.”

Rabbi Braun used strong terms to condemn those who, G-d forbid, don’t follow guidelines and place others in a situation of pikuach nefesh.

Regarding 770, the rov stated that, in his opinion, it would be better to close the shul entirely. But since the doctors have deemed it safe to remain open under certain conditions, it may stay open providing that all those conditions are met. Nevertheless, people are still discouraged from attending.

The Beis Din has made it clear to the gabboim in 770, Rabbi Braun said, that “either they need to do things in a way the doctors deem safe or they have to close. It’s one way or the other.”

The rov also clarified the terminology used by the medical professionals: “No matter how they word it – ‘we maintain’ or ‘it is our opinion’ etc. – it doesn’t matter.” Everything should be adhered to without safek and without hischakmus.

Listen to the complete phone call