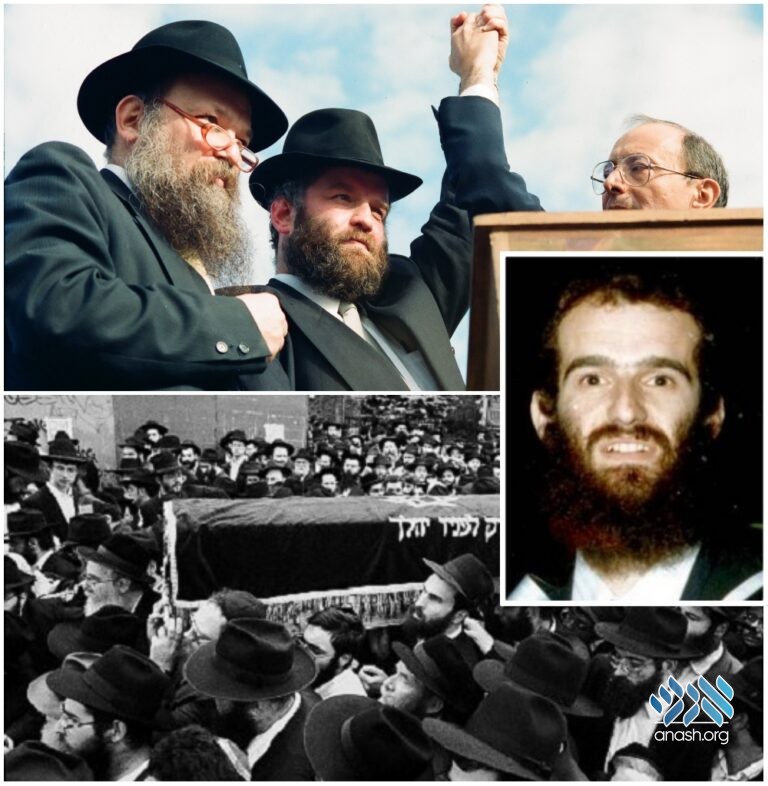 An event in Crown Heights will honor the sacrifice of Yankel Rosenbaum hy”d, who was murdered during the Crown Heights riots in 1991. It will take place at the location of the murder.

An event in Crown Heights will honor the sacrifice of Yankel Rosenbaum hy”d, who was murdered during the Crown Heights riots in 1991.

The event will take place on Wednesday, Yud Elul – Aug 18th 2021, at 6:45 PM, on President Street and Brooklyn Avenue in Crown Heights, the location where Yankel was violently stabbed and beaten after being chased by a mob shouting “Kill the Jews!”

Friends and family gather to mark the 30th anniversary of the murder, to honor Yankel’s sacrifice, and to recite prayers in his memory.

Yankel’s only sibling, Norman Rosenbaum, flew to New York from Australia over 250 times in his never-ending quest for justice on behalf of his brother. Norman never gave up and was in Crown Heights on the 25th anniversary of Yankel’s killing and held a memorial on the corner of President Street and Brooklyn. Sadly, Norman passed away in 2020.

Join the Rosenbaum family and members of Anash in saying Kaddish and Mishnayos in his memory. Norman’s son, Yoni Rosenbaum, will say Kaddish and speak during the program