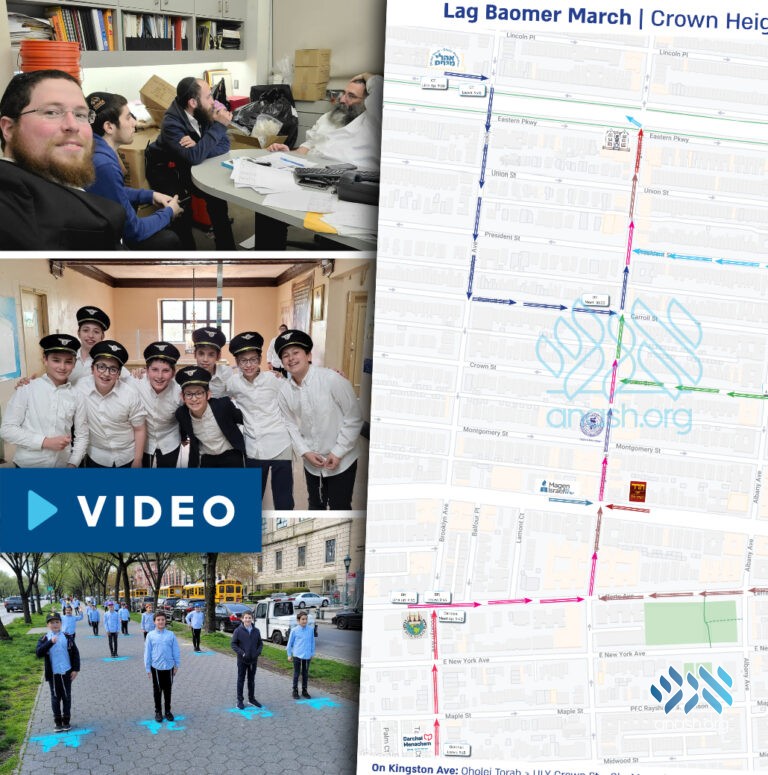 The Lag B’omer march in Crown Heights will be attended by 14 schools with thousands of children from Crown Heights and neighboring areas. Anash.org has the exact details.

Fourteen schools, with thousands of students, will be marching through the streets of Crown Heights on Friday, in honor of Lag B’omer, the hilula of the Rashbi.

The Lag B’omer March is being arranged in coordination by all the schools of Crown Heights, together with Tzivos Hashem. It will feature music trucks, marching bands, and specially produced Tzivos Hashem gear for each participant.

Each school will be marching from their school building or designated location, heading towards Kingston Avenue. As they get closer to 770, the smaller marches will be merging, eventually having all 4,000 children meet on President St. and Kingston Ave.

The Lag B’omer March is a revolutionary program for Crown Heights, which for many years only had a rally in the park on years when Lag B’omer did not fall on Sunday. Although a similar march took place two years ago, the number of children marching this year far surpasses that march.

Every child in the parade will be getting a Tzivos Hashem t-shirt and cap. Different color caps were produced for each rank, with their insignia clearly marked, so that each child will be proudly displaying their Tzivos Hashem rank. They will also be receiving a Tzivos Hashem – Lag B’omer balloon in the same color as their rank.

Accompanying the children will be trucks playing music, and a special horse and buggy ride will be transporting upshernish children, giving them the experience of a lifetime.

Organizers told Anash.org that the grand Lag B’omer March has been in the works for many months, with special run being made of the t-shirts and caps especially for the march.

A special addition to this year’s march will be the unique gift given to each and every child. Proudly sponsored by Anash.org, every single child in Crown Heights who participates in the march will be receiving a comic book in English or Yiddish, specially produced for the Crown Heights march, and telling the story of events in Chabad History.

Anash.org has exclusively obtained the exact schedule and route for the Lag B’omer March. Check it out below and see when and where your child will be marching!