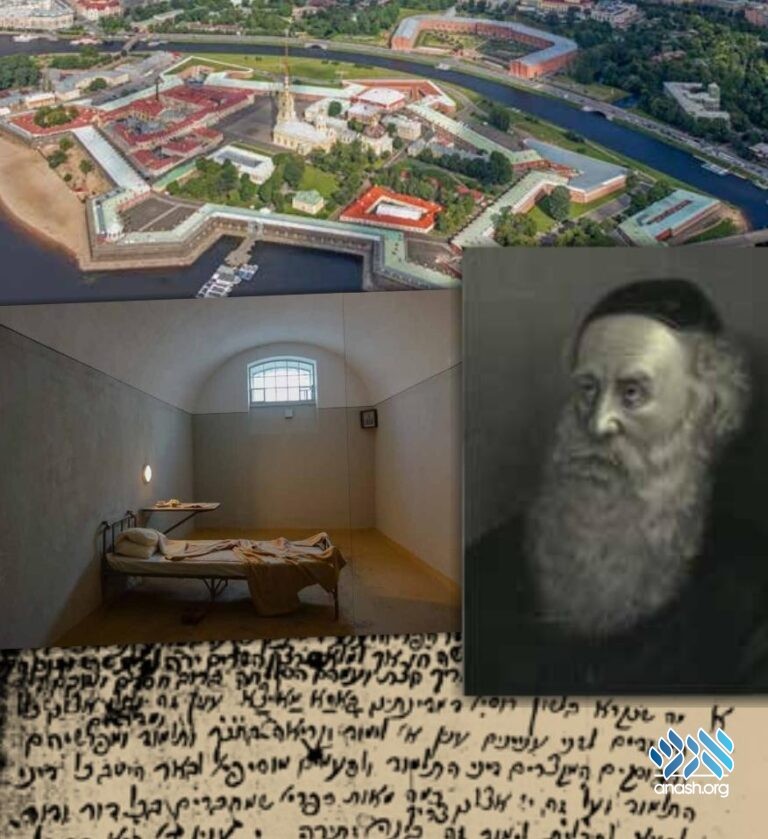 On Yud Tes Kislev 5559 (1798), the Alter Rebbe was freed from imprisonment, heralding a new era in the spreading of Chassidus. The date is celebrated annually as the Rosh Hashana of Chassidus.

Yud Tes Kislev is celebrated as the “Rosh Hashanah of Chassidus.” It was on this date, in the year 5559 (1798), that Reb Shneur Zalman of Liadi was freed from his imprisonment. Reb Shneur Zalman, known today as the Alter Rebbe, was the founder of Chabad Chassidus.

26 years earlier, on Yud Tes Kislev 5533 (1772), the Alter Rebbe’s Rebbe, the Maggid of Mezritch, passed away. Before his passing, he said to Reb Shneur Zalman, “This day is our yom tov.”

On the day after Simchas Torah 5559, the Alter Rebbe was arrested from his home on charges of treason and brought to the Fortress of Petropavlovsk. During his 53 days in prison, he was interrogated multiple times and asked to explain various teachings of chassidus. On Yud Tes Kislev, while reciting the words from Tehillim pada beshalom nafshi– my soul was redeemed in peace- the Alter Rebbe received the news that he had been exonerated of all charges and would immediately be freed.

The Alter Rebbe understood that these events paralleled what was happening in shamayim. His imprisonment was a result of a Heavenly kitrug against the spreading of Torah’s inner secrets, which until then had been studied by a select few. The Alter Rebbe saw his liberation as the Heavenly court sanctioning the sharing of chassidus with the masses. He redoubled his efforts, spreading chassidus on a broader scale, and with more detailed explanations and practical applications than before.

Yud Tes Kislev therefore marks the birth of chassidus- the day that it was allowed to emerge into the light of day, and develop as an integral part of Jewish life.

It is customary to mark this day with farbrengens and by taking on hachlatos in learning chassidus and in following the ways of chassidus. It is also the day that we begin anew the annual cycle of Tanya study.

Furthermore, we omit tachnun in davening and have a yom tov seudah to commemorate the miracles that happened on this day.

Follow the timeline of the Alter Rebbe’s arrest and liberation through audio segments of various farbrengens throughout the years via JEM’s Ashreinu app.