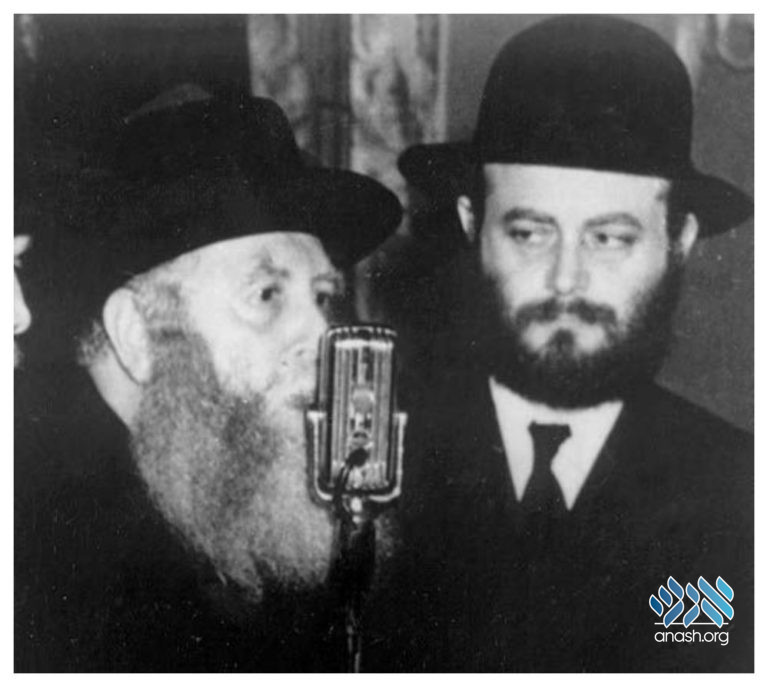 On Yud Shvat, 5710, the Frierdiker Rebbe was nistalek. One year later, on Yud Shvat 5711, the Rebbe accepted the mantle of leadership.

On Shabbos morning, Yud Shvat 5710 (1950), the Frierdiker Rebbe was nistalek. The Rebbe was overcome with grief. For a year following the histalkus, he refused the pleas of chassidim around the world to accept the mantle of leadership.

One year later, on Yud Shvat 5711 (1951), the Rebbe officially accepted the role of Rebbe by delivering a maamar at a farbrengen marking the first yahrtzeit of the Frierdiker Rebbe.

At that farbrengen, the Rebbe said (free translation):

“When we will have the three loves together, we will achieve the geula. For just as this last galus was caused by a lack of brotherly love, so shall the final and immediate Redemption be achieved by ahavas yisroel.“

At that farbrengen, the Rebbe recited the maamar Basi L’gani, laying out the mission statement for dor hashvi’i: our generation has been entrusted with the task of fulfilling the purpose of creation by creating a dira btachtonim thereby drawing the shechina back down into this physical world. It is our generation that will bring moshiach.

In a letter written on Rosh Chodesh Shvat 5711, the Rebbe laid out the proper way for chassidim to observe the Frierdiker Rebbe’s yahrtzeit: