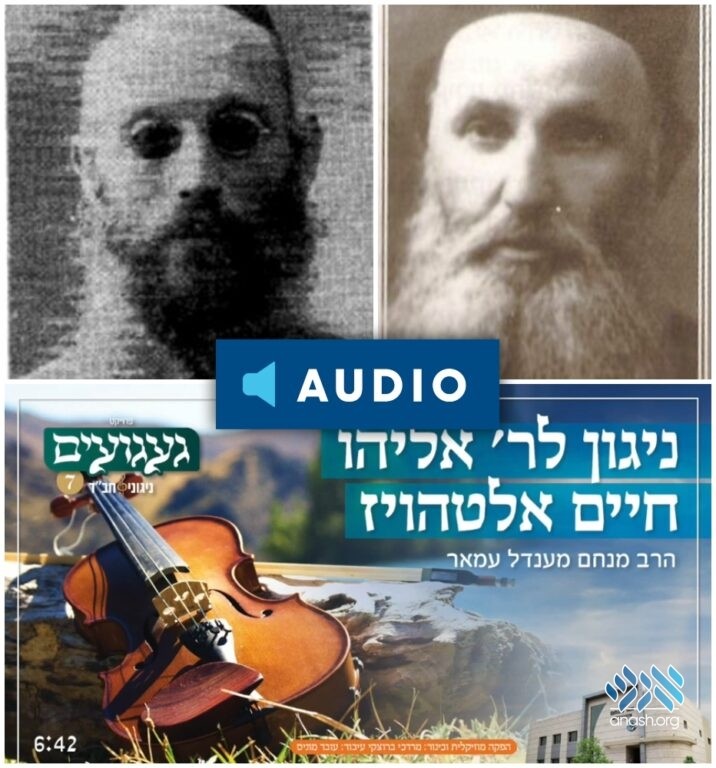 Reb Aharon Charitonov, who composed the famous ‘Benoni’ niggun, which was cherished by the Frierdiker Rebbe, also composed a niggun he called ‘The Tzaddik’. Rabbi Menachem Amar released it in a new single.

A new rendition of a niggun by the chossid who composed the ‘Benoni Niggun’ was just released by ba’al menagen Rabbi Menachem Amar on a single preview of his upcoming Gaaguim 7 album.

The niggun was composed by the renowned composer Reb Aharaon Charitonov, who composed a number of the heartful Chabad niggunim sung until today.

The newly-released niggun was frequently sung by the famed chossid Reb Eliyahu Chaim Althaus in the presence of the Frierdiker Rebbe, and as such, was dubbed ‘Reb Eliyahu Chaim’s Niggun’.

Legend has it that when the Frierdiker Rebbe gave the name ‘the Benoni’ to his other composition, explaining that the corresponds to the ‘Benoni’ of Tanya, Reb Aharon Charitonov stated that, accordingly, this second niggun should be called ‘the Tzaddik’.