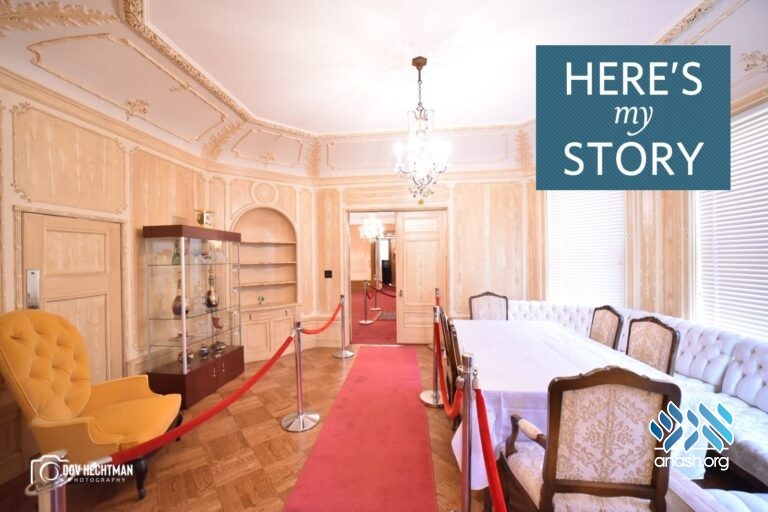 Mrs. Chaya Posner tells of when she was studying in Beis Rivka seminary and she received a call from Rebbetzin Chaya Mushka at a time she was feeling homesick.

Mrs. Chaya Posner lives in Rancho Mirage, California, where she serves as a Chabad Emissary. She was interviewed in February of 2016.

My grandparents were very excited. After graduating from school in London, I was heading abroad to study at the Beis Rivkah teacher’s seminary in New York. My older cousin, Leah Jaffe, had gone to a seminary in Paris, but I would be the first girl in my family going to New York.

Not that it was my first trip to New York. I had been many times before, usually with my grandparents, Reb Zalman and Rosalyn Jaffe of Manchester. They enjoyed a personal and close relationship with the Rebbe, and by then with the Rebbetzin too. When it came to the Rebbe, you might say that my grandfather had no filter; he wrote to the Rebbe every single week, and just shared everything with him. When he found out what kind of flowers the Rebbetzin liked, he would send her a bouquet every Shavuot, and in 1963, they began visiting her whenever they came to New York.

Eventually, their grandchildren joined them: Some of my earliest recollections involve these visits to the Rebbetzin: That pit of anticipation in my stomach as we walked down President Street, and getting closer to the Rebbe’s house — entering the house, seeing the little knick-knacks that different people or communities had sent as gifts. Coming from England, I felt like I was going to the Queen. It wasn’t very fancy or overdone, but there was a real sense of elegance about the Rebbetzin, and it was welcoming and peaceful there.

My grandfather would have us sing for the Rebbetzin, and we would also go around the room, sharing what we had been studying in school, or things that we had been doing. She was always very interested in hearing about our involvement in activities that the Rebbe had promoted. “Oh that’s wonderful!” she would say, and give us foil-wrapped candies.

Sometimes, we would go outside so my grandparents could have some time alone with the Rebbetzin. These were their visits, after all: They were a great privilege for us, but it was my grandparents who were holding the conversation, and we were almost there as accessories. It was only once I was in seminary that I received an invite of my own.

It was 1984, and I had already been in New York for about a month when my grandparents came for a visit and took me, along with a bunch of their other grandchildren, to the Rebbetzin. “Chaya is going to be staying here,” they proudly told her, “She’s going to seminary in Beis Rivkah.”

“Very nice,” the Rebbetzin enthused, nodding her head. “You should keep in touch.” It seemed like she was just being polite, but then, as we were walking out, the Rebbetzin turned to me.

“You’re going to be here,” she said, “so you should know that you have a friend in the neighborhood. You’ll get my number from your grandparents and you can be in touch.”

Those words sound amazing, but at the time I was very nervous. My friend in the neighborhood? What does that mean? A week or so went by before I called, and an aide told me the Rebbetzin wasn’t available. Part of me was relieved, because it was all so nerve-wracking. I left a message, and said that I would call another time.

After trying once or twice more with the same result, I didn’t feel comfortable calling again. Instead I wrote a letter, just saying what was going on, how my classes were, about my other jobs, and so on. I figured that the Rebbetzin didn’t need to be bothered.

Now, around this time, my cousin Leah was getting married. She was the first of my cousins to get married, but as exciting as it was, I wasn’t able to fly into Manchester for the wedding; travel was much more expensive in those days and we didn’t do it as often. I only had my friends in New York to celebrate with.

Feeling left out, I called my relatives in England, and the day before the wedding, I spoke with my grandparents to wish them Mazel Tov.

“Where have you been?” my grandfather asked.

“Right here in New York,” I replied, wondering why he was asking.

“Well,” he retorted. “The Rebbetzin has been trying to reach you.”

“She has? What did she want?” I thought the lines must have crossed because it sounded so surreal. How could she be trying to reach me before she even had my number? Only after doing a little detective work, did I discover that the Rebbetzin had called my school, only to be told by the secretary — who didn’t recognize her voice — that calling students to the phone was against Beis Rivkah policy.

“I don’t know, but we spoke with her, and she said she’s trying to reach you.”

He suggested I send another letter, and to include the phone number to my dormitory apartment, along with the times that I was usually there.

I followed his advice, but it just didn’t make sense to me. Why would the Rebbetzin want to contact me?

The next day was Friday which, as I told the Rebbetzin, was the best day to reach me. Still doubting she would actually call, I warned the other seven girls in my apartment; we were a bunch of crazy dormies and sometimes answered the phone in funny ways, so they had to be aware.

At one point that day, I had to run out to Kahan’s Superette to get something for Shabbat. On the way back, my friend caught me on the island in the middle of Eastern Parkway, all out of breath. “She called!”

“She left a message too: ‘Please tell her that Mrs. Schneerson from President Street called, and if she could please call me back.’”

I ran back into the apartment, caught my breath, and dialed the number. After the first ring, the Rebbetzin herself answered the phone.

I said hello, we had a little chit-chat, and then I said, “I understand that the Rebbetzin called me and I’m returning the call.”

“Yes,” she said. “I figured that with your cousin getting married, you’re probably feeling a little lonely and homesick, and I just wanted to call you to reach out.” That was the gist of the conversation: That my friend in the neighborhood was thinking about me.

I called again later, and we made up a time for me to visit. My mother, Mrs. Hindy Lew, was coming to New York that Chanukah, and I asked if she could come along too. “It’s your visit,” I remember her saying in a sing-song voice, “it’s up to you.” We ended up having a very pleasant visit.

I continued to maintain a connection with the Rebbetzin throughout my time in seminary. And, the more years have passed since that first call, the more I appreciate it; the way the Rebbetzin had thought ahead of time that I would probably appreciate a call; and the way she tracked me down to say that someone was thinking and sympathizing with me. To do all that for some seventeen-year-old girl was just mind-boggling. My initial reaction had been, what does the Rebbetzin want from me? What can I do for her? I didn’t think for a second it was just about being there for me.