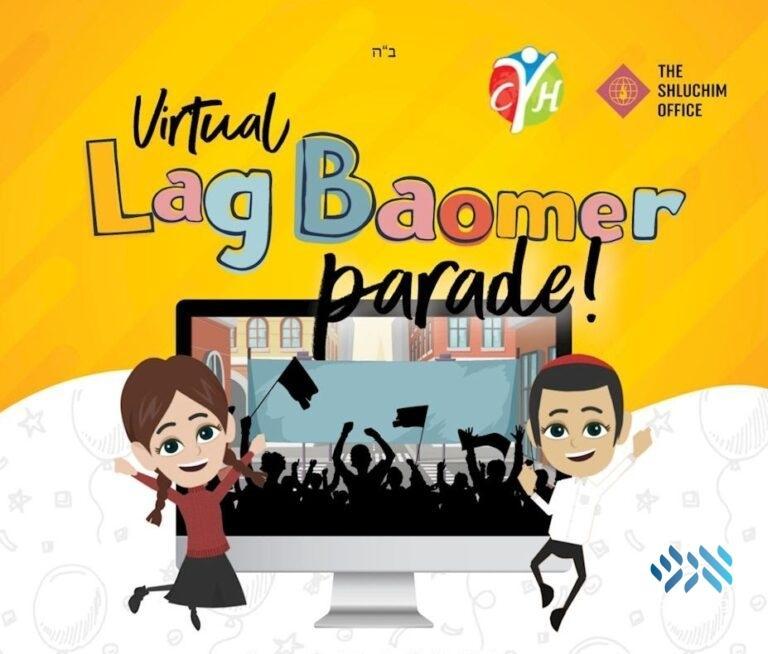 A virtual Lag B’omer parade will be held for young shluchim around the globe, featuring an incredible drum circle, the 12 pesukim, and even floats.

The Shluchim Office invites all young Shluchim and Shluchos to join the 11th annual Lag Baomer parade by creating a float, saying a Possuk and tuning in live for an exciting virtual event.

This year’s live Lag Baomer parade will be hosted by the amazing Moshe Weiss and Levi Kalmenson and will feature an incredible drum circle, the mega virtual parade and much more.

Get your child personally involved to say a Possuk or create a float to be entered to win in one of the exciting raffles at youngshluchim.org/lagbaomer.

Tune in live to the virtual Lag Baomer parade on Thursday, 18 Iyar / May 19th, at 1:00 PM EST at youngshluchim.org/lagbaomer.

Brought to you by Chinuch Yaldei Hashluchim (CYH), a project of the Shluchim Office.