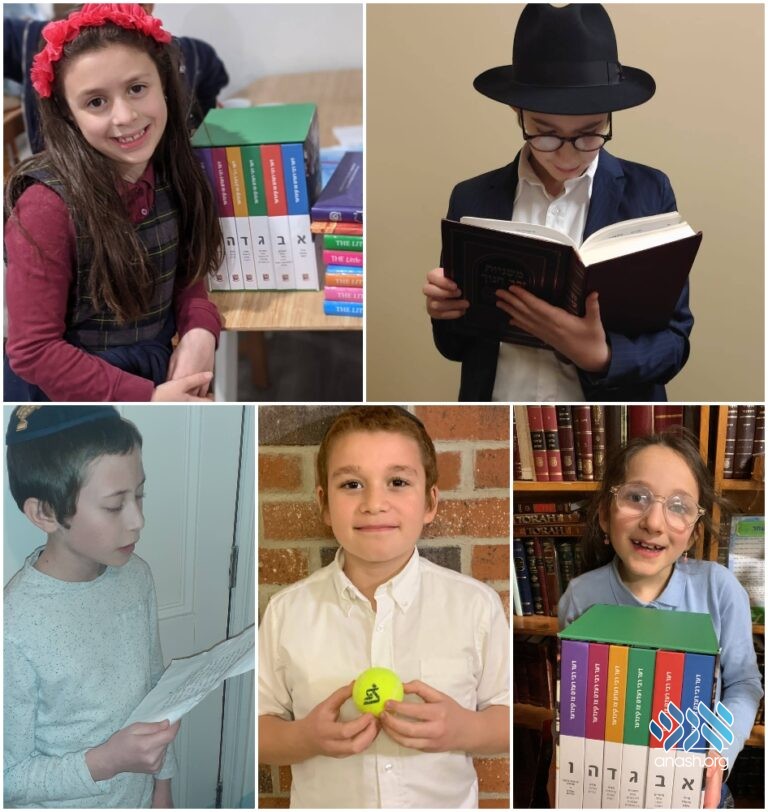 Over 1,000 prizes were shipped out to Yaldei Hashluchim worldwide who learned a whopping 30,000 lines of Tanya and Mishnayos Ba’al Peh during this year’s first season of the program.

For many Yaldei Hashluchim living around the world, school is not where they receive their Chassidishe education. Their classrooms have no bright bulletins with pictures of Rebbeim, and their afterschool activities don’t include farbrengens with their teachers.

Mishnayos Ba’al Peh, a program of Myshliach, infuses Yaldei Hashluchim with enthusiasm and chayus for the Rebbes hora’aos, and recreates the Chassidishe atmosphere found in Chabad yeshivos and communities. Through an exciting and interactive system of points and prizes for time and lines studied, MBP encourages kids to learn, memorize, and connect with the lines of Tanya and Mishnayos.

A whopping over 30,000 lines of Tanya and Mishnayos Ba’al Peh, learned for over 138,457 minutes, by more than 350 Yaldei Hashluchim around the globe, concluded this year’s first season of the program! In preparation for Yud Shvat, the kids were challenged to learn Basi Legani by heart as well.

“Thank you so much for this incredible program. Our boys had such a chayus for it and learned so much Baruch Hashem,” said Mrs. Fraydee Kessler, shlucha to Sedona, AZ with boys in the program.

MBP motivates Yaldei Hashluchim to set consecutive times each day for learning ba’al peh by allowing them to log the number of hours and lines they learned each day onto the website and watch as their learning grows into exciting prizes they can purchase from the Mishnayus Baal Peh store! They can see their hours of work add up in points, slowly but surely, until they reach their hard-earned prize.

“My son in third grade was very motivated to gain enough points to earn a set of Likutei Sichos. He learned an entire Maseches Sukkah for the very first time,” said Rabbi Bentzy Stolik, a Shliach in Olney, MD.

Large cardboard boxes packed and ready to ship worldwide were piled high at the Merkos shipping office, as volunteers filled the boxes with board games, remote control cars, books and all types of toys. In total, over 1,000 well-earned prizes were shipped to Young Shluchim all over the world from the MyShliach headquarters at Merkos 302. Including the grand prizes at the end of the season: a set of Likutei Sichos and an Electric Scooter.

“For most kids, memorizing Tanya or Mishnayos is looked at as a difficult chore,” said Rabbi Mendy Kotlarsky, director of Merkos 302. “The Mishnayos Ba’al Peh program gets Yaldei Hashluchim excited for learning ba’al peh and creates a Chassidishe atmosphere for them wherever they are.”

Stay tuned for the next MBP season coming after Pesach! To register for the next season for Mishnayus Baal Peh you can visit myshliachmbp.com or email [email protected]