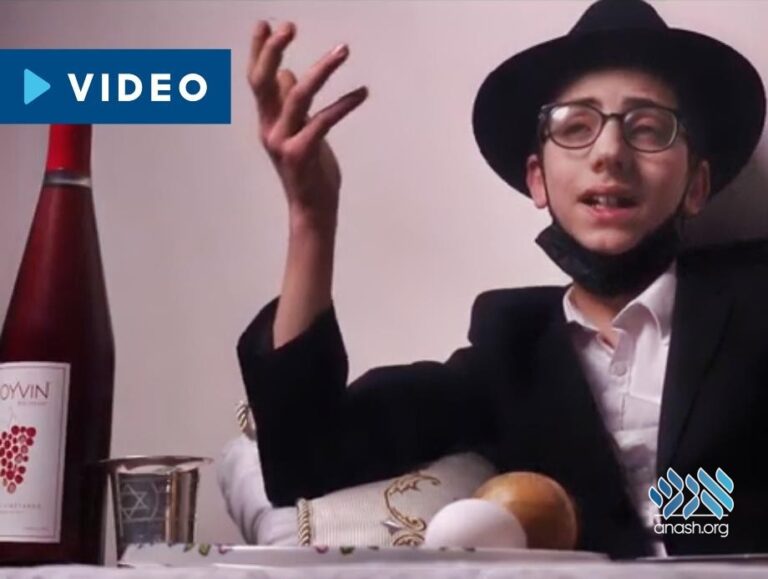 In honor of Pesach, Young Shliach Meyer Shlomo Simon from London presents a music video on the Rebbe’s miggun of Vehei Sheomda.

After 6 months of producing weekly Parsha videos, Meyer Shlomo Simon, a young Shliach in London, released a video of the niggun Avinu Malkeinu, in time for Rosh Hashona, it was BH very  well received. Just a month later he published another music video, of the lively niggun Tzomo Lecha Nafshi.

Now, in time for Pesach, Meyer Simon presents a new music video of the nigun Vehei Sheomda. (all the niggunim are from our Rebbe’s niggunim)

The video shows, that in every generation, there are those who rise up, to persecute us, but as  Dovid Hamelech writes in Tehilim,”Hashem is compared to a shepherd, ,and we are compared to His flock, just like a shepherd never leaves his sheep, so too Hashem has never, and will never forsake us”.we hope and Daven, that Hashem should take us out of this dark and difficult  golus, very soon, and we should never know of any more plagues or hardships.

We hope that this video inspires you, and your family, in these tough times. We should merit the coming of moshiach and the rebuilding of the third Beis Hamikdash, speedly in our days.

This video has been kindly sponsored, in memory of Rivkah Bas Reb Yakov Shmuel Halevi AH.

Thank you to Mendy Golomb, for the music.