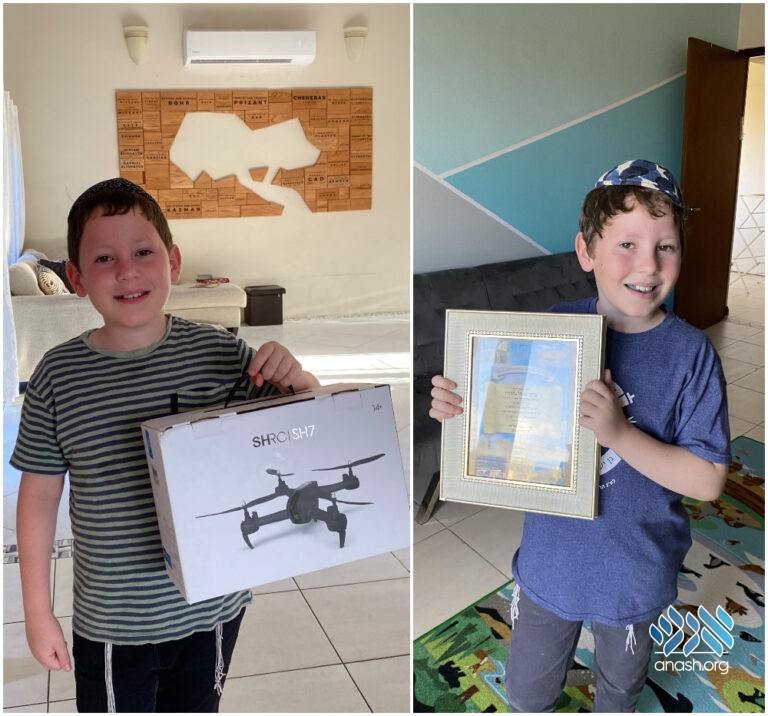 All it took was inspiration from the Ois B’sefer Torah campaign for Young Shliach Menny Blasberg to take Aruba by storm, convincing locals, visitors and guests to sign their children up.

All it took was inspiration on the Ois B’sefer Torah campaign for Young Shliach Menny Blasberg to take Aruba by storm with this beautiful Mivtzah.

Nine year old Menny Blasberg, young Shliach to Aruba came home from the Tzeirei Hashluchim Winter Camp full of Chayus about the Ois B’sefer Torah campaign and was so excited when his class in the Nigri International Shluchim Online School started a special program on Ois B’sefer Torah as well.

“When Menny came home from camp, he right away started to think of all the children he could sign up,” shared his father, Rabbi Ahron Blasberg. “He wasn’t sure how many children he would find, since there aren’t too many Jewish kids in Aruba and most of them already have their own letter yet he was determined to try.”

That Shabbos, a family from New York was visiting Aruba and Menny asked them if they’d like to buy an Ois for each of their children. They were enthusiastic to do so and came over on Sunday to fill out the forms after Davening.

At the minyan, others noticed what was going on and Menny shared with them about the Mivtza, getting a few grandfathers to buy letters for their grandchildren.

Throughout the next couple of weeks, Menny asked every parent and grandparent who came to Chabad to buy letters for their children and they were all so happy to do so. Now when people come to the Chabad house in Aruba not only do they get to put on Tefillin with Rabbi Blasberg, but they also get to buy a letter in the Sefer Torah with Menny.

The Tzeirei Hashluchim Winter Camp and Nigri International Shluchim Online School are both projects of the Shluchim Office who have launched their annual fundraiser, with the goal of raising $360,000 in 36 hours.

Partner “Hand in Hand” with supporting Shluchim worldwide by donating now at TogetherForShluchim.com.