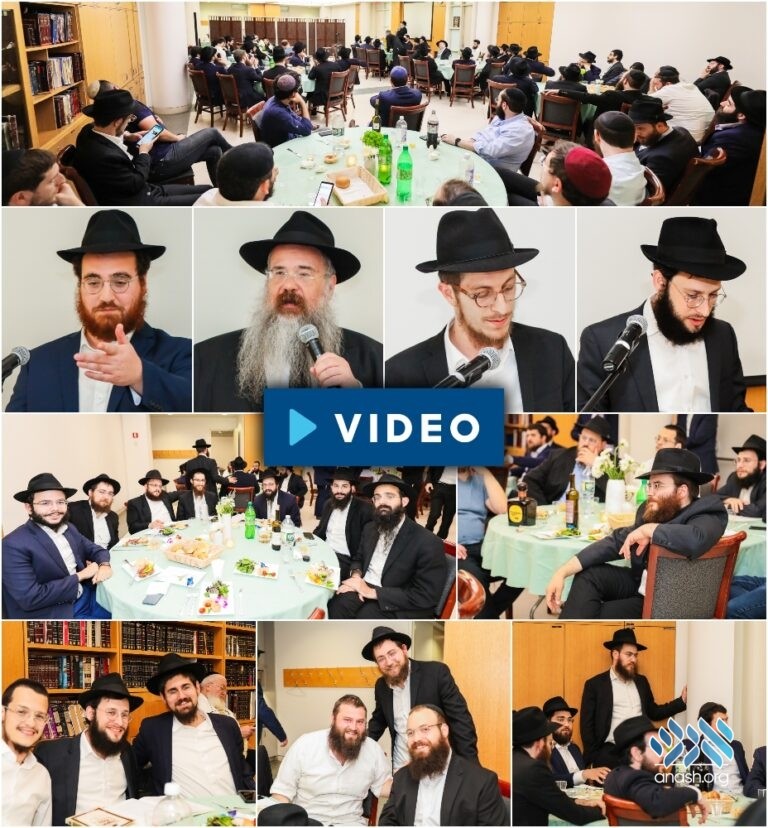 Over 100 young members of the Crown Heights community gathered on Monday, 21 Sivan at the Jewish Children’s Museum for an evening of inspiration, marking a celebration of Torah study.

Over 100 young members of the Crown Heights community gathered on Monday, 21 Sivan at the Jewish Children’s Museum for an evening of inspiration, marking a celebration of Torah study.

The participants were celebrating the completion of a masechta of Gemara, learned by the members of ‘The 93rd Shul’, who committed to a study regiment. Over the past months, they had taken the time out of their schedules and set aside time for a blatt Gemara, and after completing the masechta, they gathered together to celebrate.

The initiative was launched just over six months ago, at the 93rd Shul’s Yud Tes Kislev farbrengen. Alongside the inspirational farbrengen by a guest mashpia, a group of the Shul’s founding members announced a practical takeaway: A Gemara learning program. Over 55 men joined the twice-a-week shiurim, both physically and virtually, given by Rabbi Yisroel Dovid Klein, where they covered a blatt a week.

This past week, after concluding Maseches Makos, those that concluded the masechta joined together with their friends and members of the shul to celebrate the accomplishment, and to propel the initiative towards greater heights.

The program began with a powerful video where the Rebbe expounds on the importance and the greatness of setting times for Torah learning. Rabbi Shmuly Lisbon then made the siyum on Maseches Makos, delivered a Hadran of the Rebbe, and shared his enriching experience of having a set shiur for the past 6 months.

During the dinner, a video produced for the event was played. Sholly Levy, a Crown Heights resident who is the owner of Essel Eyewear, shared his journey to having regular daily shiurim. He spoke about the impactful change that committing to learning had on himself, his family, and his relationships.

The guest speaker for the event was Rabbi Shais Taub. Rabbi Taub spoke about the special role and privilege of ‘Zevulun’ – the working man whose learning is the most precious and most significant to Hashem.

Rabbi Taub then made note of some special attendees: the wives of the mesaymim. He addressed the women in attendance, commending them for the crucial role they play in encouraging their husbands to learn and engage in spiritual growth.

The beautiful evening left participants strengthened and inspired to add in their learning, and fill their days and their homes with the joy of Torah.

The daily Gemara program is only one such program offered by the 93rd Shul, which is currently located in the basement of the Agudah Shul at 456 Crown St. All members of Crown Heights anash are invited to join them at the Daily chassidus shiur with Rabbi Peretz Shapiro, 6:30 AM -7:15 AM, and at the weekly Sunday morning Kollel, with Chassidus at 9, Shacharis at 10, followed by breakfast and a Halacha Shiur with guest speakers.