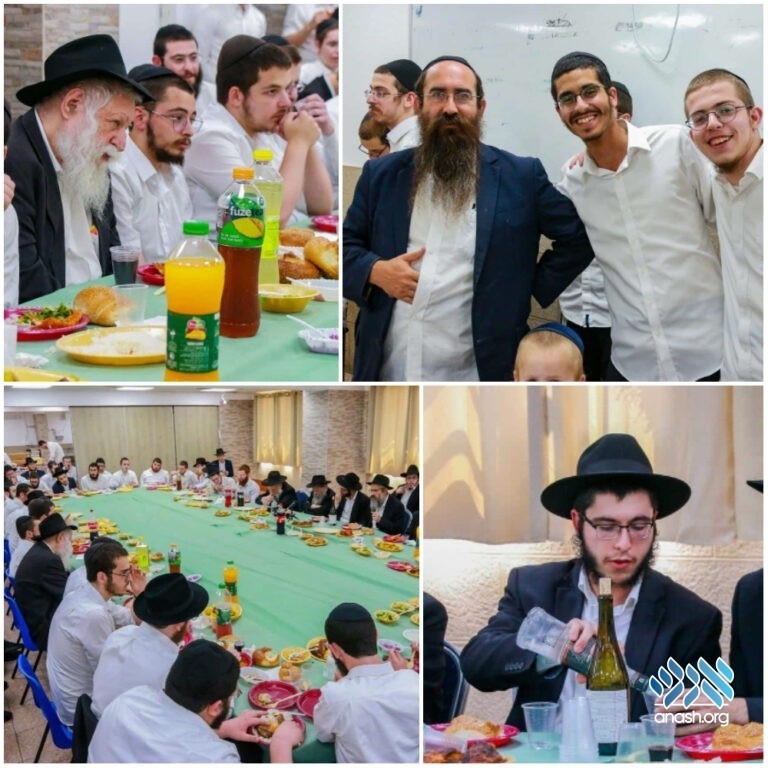 Dovid Godshmidt, a bochur from the Chabad Yeshiva in Kiryat Gat, made a siyum for completing the entire Shas. The yeshiva marked the special occasion with a celebratory farbrengen led by the yeshiva’s hanhala.

Yeshivas Chabad in Kiryat Gat, Israel hosted a special and rare event for their students this past month.

One of the Students, Dovid Godshmidt made a Siyum Hashas on the entire Talmud Bavli. Such an accomplishment is one that few are able to achieve in their lifetime, let alone at such a young age.

In honor of the siyum, a farbrengen was arranged by the staff for the yeshiva. The farbrengen lasted several hours and was filled with inspirational stories and moving words.