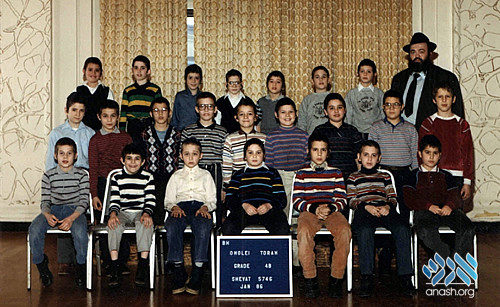 Rav Yirmiya Katz is a famous expert and author on hilchos mikvaos and who is involved with overseeing and inspecting many Anash and shluchim‘s mikvaos according to the directives of the Rebbeim.

In his recent sefer Tiferes L’Moshe, he shared this interesting story:

A mechanech in a Boro Park school was having a hard time with a talmid. He wasn’t paying attention in class, and he was disturbing other students from learning. There were those that suggested that the talmid be expelled from yeshiva. Not wanting to expel the student, but feeling pressured, the mechanech decided to turn to the Rebbe for advice.

When the Rebbe heard his predicament, he told the mechanech as follows:

The mechanech was still not convinced and asked the Rebbe: “You have many helpers who can help in this daunting task, and I am but one person. How can I succeed in this task?”

The Rebbe answered him: “The secretaries are only of help until the doorstep. Here, I am alone.”

The sefer can be purchased online at SeforimDeals.com.