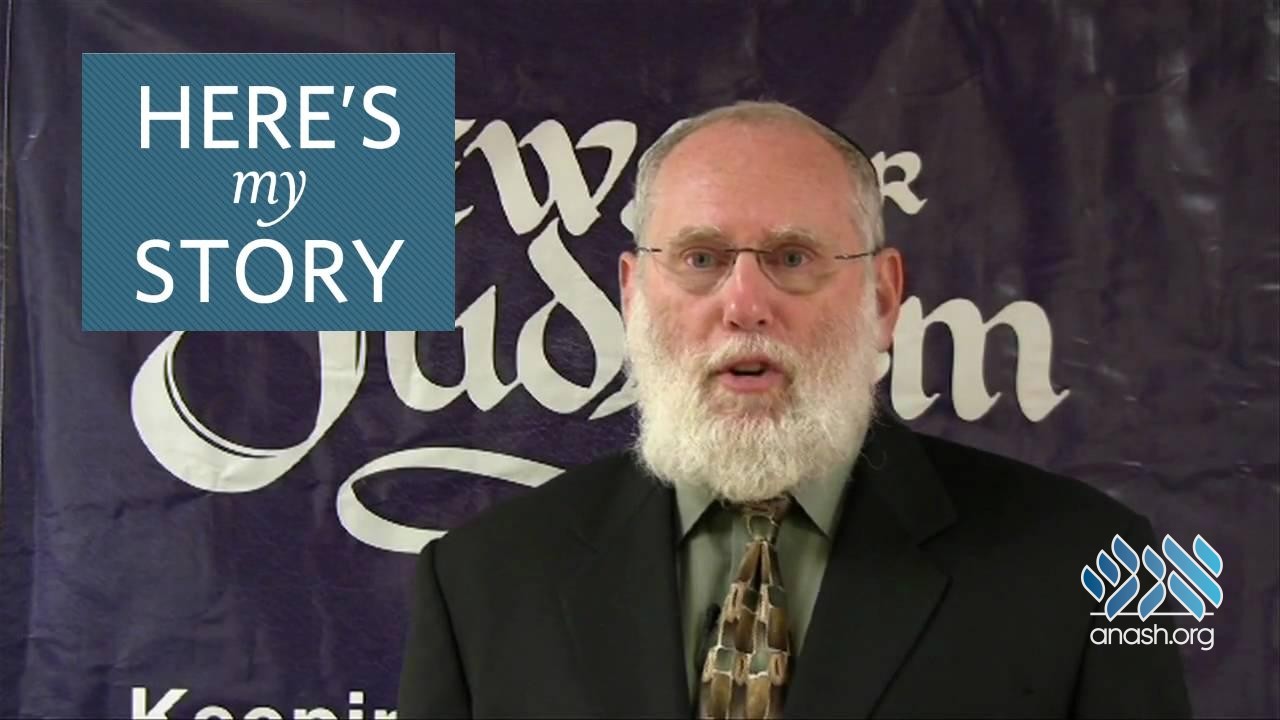 With the blessing of the Rebbe, Rabbi Bentzion Kravitz set out on a career of counter-missionary work. He sees that families who follow the Rebbe’s advice, are richly rewarded for their efforts.

Rabbi Bentzion Kravitz is the founder and director of Jews for Judaism, an international organization that focuses on preventing Jews from converting to other faiths and reclaiming those who have already converted. He is also the author of The Jewish Response to Missionaries which has been published in nine languages. He was interviewed in November of 2019.

While doing outreach work on college campuses as a Chabad emissary in the Los Angeles area, I began running into missionaries who were trying to convert Jewish students to Christianity. Also, the Chabad House where I worked was getting phone calls from parents whose children had converted, so I had to learn how to respond.

After dealing with a few cases like this, I wrote to the Rebbe asking for a blessing to actually begin counter-missionary activity. I received an immediate answer that the Rebbe was giving me his blessing and that he would pray for me at the resting place of the Previous Rebbe. Rabbi Leibel Groner, the secretary who communicated the Rebbe’s message, told me that this was out of the ordinary since, in the past, the Rebbe had not encouraged this kind of work. I felt very honored, and I threw myself into counter-missionary activity with all my strength. And, over the years, I have seen the fruits of my efforts as many people who had been snared by missionaries or by cults made their way back to Judaism.

One of the earliest cases that I dealt with concerned a family that needed help because one of the sons had gotten involved with a Christian group. He was totally unwilling to communicate with anyone – he was unresponsive to any overtures from them or from me. So I suggested to the parents that they write to the Rebbe for advice.

The mother did write and, to my surprise, she received not only a blessing for her son to return to Yiddishkeit but a lengthy letter – dated the 25th day of the Hebrew month of Av, 5740 (1980) – which contained a powerful message:

I am in receipt of your letter of July 30th in which you write about your youngest son. Considering the seriousness of the situation, I am confident that you will not rest content with what has been done in this matter until now and will intensify your efforts, both your husband and yourself, as well as through enlisting the aid of friends, to do everything possible to prevent this tragedy. For when it comes to a Jewish heart, one never knows what and how will come the moment of truth and proper response.

Then came the unexpected part – advice which I have used with parents in similar situations ever since then:

It is my duty to call your attention to the following, which I trust you will accept in the spirit that it is offered: All of the members of a Jewish family constitute one organism. And when one part of it needs special treatment it can be done in one of two ways: either directly if possible, or indirectly through strengthening the other parts of the body, particularly those that govern the functions of the entire organism.

Applying this illustration to the present case, it is well to bear in mind that the head of the family is called ba’al habayis and the wife is called akeres habayis [mainstay of the home], corresponding to the heart of the family. Thus, strengthening the commitment to the Torah and mitzvos on the part of the parents has a beneficial effect upon all the members of the family in the same direction. Of course, this may sometimes entail certain difficulties by having to make some changes, perhaps even radical changes in regard to habits and lifestyle, etc. But, on the other hand, considering the far-reaching benefits, and especially the fact that parents truly would not consider anything too difficult if it can be beneficial to their children, of what significance can any difficulty be…

With these words, the Rebbe made them understand that in a situation where one part of a body (their son) is ill and can’t be cured directly, they (as the parents and, therefore, the head and the heart) have to rely on indirect ways. If they strengthen themselves in Yiddishkeit, this will indirectly affect their wayward son.

I encouraged them to take the Rebbe’s advice. They did, but they didn’t see immediate results. However, another family that followed this same advice was richly rewarded for their efforts:

Three or four months later, I got a call from parents whose son had also converted to Christianity. This young man – who had married a non-Jewish woman without his parents’ knowledge – met with me, but left after five minutes because he came only to make his parents happy. I told him that my door was always open, and that was that.

Meanwhile, I read the Rebbe’s letter to these parents, and they took his advice very seriously. They put up mezuzot on their doors and even on the bedroom where their son had slept when he was younger. They also started studying Torah with me and joined my family for Shabbat meals.

A year passed and, totally out of the blue, I got a call from their son. “Did you really mean it when you said your door is always open?” he asked and we set up a meeting. When we met, he explained that, initially, he had been happy leading a Christian life, but then one day, as he and his wife were watching a Holocaust documentary on television, something happened which, in an instant, turned his life upside down. He was very moved by the documentary, but his wife clearly was not; in fact, she blurted out a derogatory word describing the Jewish people. “I was so shocked,” he confessed. “This woman who supposedly loved me, a Jew, harbored feelings of disdain for Jews inside of her all this time.”

This was the incident that caused him to start thinking about what he had gotten himself into. And this is why he came to see me. Eventually, as the story unfolded, we explored how Judaism differs from Christianity and he returned home to his roots. All of which illustrates what the Rebbe wrote in his letter – that one never knows when the moment of awakening will come, the moment which changes a person’s course in life and re-ignites the Jewish spark within his soul.

In my opinion, his parents deserve a great deal of credit. By strengthening their commitment to Torah, they had an indirect spiritual effect on their son, which in turn gave him the strength to return to Yiddishkeit.

And, of course, the impetus came from the Rebbe and the impactful advice he gave in that letter, which I have read and re-read many times to many families. I tell parents that – even if their son or daughter has abandoned their faith – they should never give up hope. Instead, they should strengthen their own observance, which will strengthen the soul of their child.

This advice gives the family a feeling that they are not helpless; there is something that they can do, which will be beneficial to them as well. Even before they see an effect on their children, they can derive comfort from their renewed involvement with Yiddishkeit.