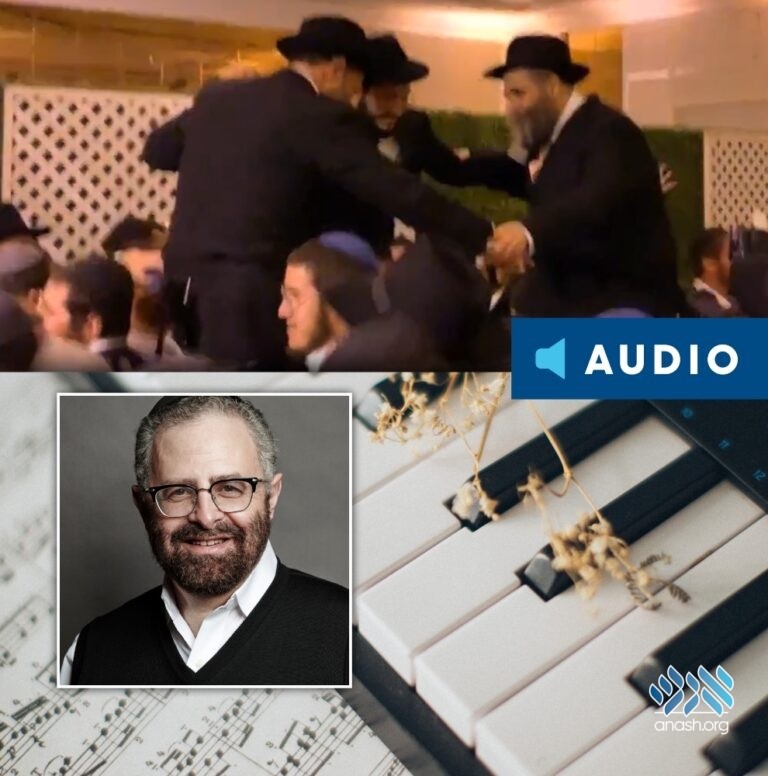 Famed composer Yossi Green penned a new song in honor of the wedding of Berel Fayershteyn of Crown Heights and Chayaleh Greenbaum of LA; the lyrics are based on a sicha of the Rebbe in 5743.

A new song penned and sung by famed composer Yossi Green was inspired by a sicha of the Rebbe in 5743.

The song was composed by Green in honor of the wedding of Berel Fayershteyn of Crown Heights and Chayaleh Greenbaum of LA. The kallah’s father, R’ Boruch Greenbaum is longtime friends with Green and asked him to compose a song for the wedding.

“When he asked me what message I would like the song to convey, I told him that I wanted the newly married couple to appreciate that they are now setting a foundation that will bear the weight of their many years together,” R’ Boruch told over to the guests by the wedding in Los Angeles.

“I wanted to impart a message that they should hold it in good stead, and ensure that their home is a binyan adei ad like the homes of the previous generations,” he related.

Green took to the task, and composed a song inspired by a sicha of the Rebbe on Shabbos Shuva 5743 discussing the chanukas Beis Hamikdash harishon.

The lyrics are “כל בית ובית מישראל שמוקם…הוא מעין מקדש מעט ומקום להשראת השכינה” – Every Jewish home that is established is like a small Beis Hamikdash, and is a place for the shechina to reside.