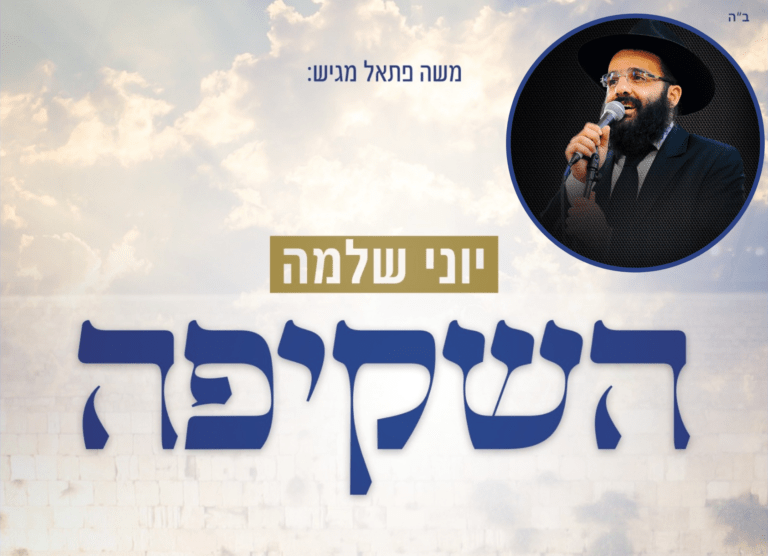 In honor of the month of Elul, Chabad singer Yoni Shlomo released a new single title ‘Hashkifa’ with a prayer to Hashem to look down from heaven and bless the Jewish people.

In honor of the month of Elul, Chabad singer Yoni Shlomo released a new single from his upcoming album set to be released soon.

The new song title ‘Hashkifa’ consists of the moving melody by composer Pinky Weber produced by Moshe Laufer. The moving words come from the prayer said by kohanim after they bless the Jewish people.

“Although it’s only been two months since I released the single ‘U’semaher’ about which I received extraordinary responses,” Yoni tells Anash.org, “In the atmosphere of the month of Elul, and as a result of the coronavirus sent to us from on High. I decided to release a second single from my new album, this is from the special tefillah of the kohanim, which expresses the request that every Jew asks Hashem to have mercy on the people of Israel and reach peace and rest to our lives, and ultimately the Geula really soon.”