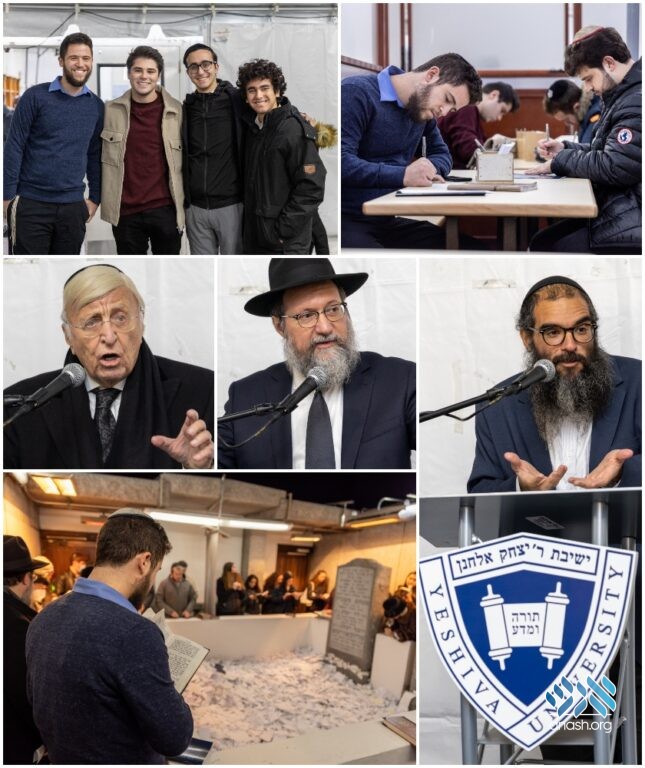 Yeshiva University’s Office of Student Life, in conjunction with the student leadership organizations Student Organization of Yeshiva at the Wilf Campus and Torah Activities Council at the Beren Council, held the first official Yeshiva University trip to the Rebbe’s Ohel this week.

Yeshiva University’s Office of Student Life, in conjunction with the student leadership organizations Student Organization of Yeshiva at the Wilf Campus and Torah Activities Council at the Beren Council, held the first official Yeshiva University trip to the Rebbe‘s Ohel this week.

It is the first time in known history of such an official Yeshiva University sponsored trip to visit the Rebbe’s Ohel.

The introduction to the program was presented by Rabbi Herschel Hartz, Assistant Director of the Office of Student Life at Yeshiva University’s Wilf campus.

In addition, a special video was presented, with permission from The Office of Rabbi Sacks, of Rabbi Lord Jonathan Sacks talking about the Rebbe’s influence in honor of the 25th Anniversary of Gimmel Tammuz.

Themes of the program included discussing the responsibility of every Jew to service the Jewish community in any capacity that they find themselves in and revealing one’s hidden and powerful soul potential.  Speeches emphasized the values of Yeshiva University as being something that can be spread the world over and the Rebbe as a model for how to spread those values.

Rabbi Hartz opened the proceedings by indicating that the Rebbe uniquely saw people for their tremendous potential and how each person in the room had a responsibility and ability to make radical change in the world.

Rabbi Mischel spoke about the power of the Rebbe’s marching orders and how we all must listen to that push to be the best Jew we can be.

Rabbi Blech highlighted his experience being sent by the Rebbe to various Jewish communities in the Far East and being called by the Rebbe as “his Chosid in Camouflage.”  As a result, Rabbi Blech encouraged students to show love for every Jew.

Professor Rabinovich highlighted her own special connections to Chabad-Lubavitch and how her teaching style has been heavily influenced by the Rebbe’s educational principles.

Rabbi Mintz closed the proceedings with a talk about how the righteous in our generation, especially the Rebbe, see us for what we can be, not how we see ourselves, and that praying at the Ohel opens the students to tremendous blessings and growth in their personal and public lives.

After the students entered into the Ohel for inspirational prayer and requests, the ceremonies concluded with student comments.  Students expressed gratitude for the event and the special inspirational opportunity. One student touchingly added that if it were not for the Chabad house shul in his community, he would have never found his way to Yeshiva University and that it is events like these that remind him how lucky he is to have a connection with both Chabad and Yeshiva.