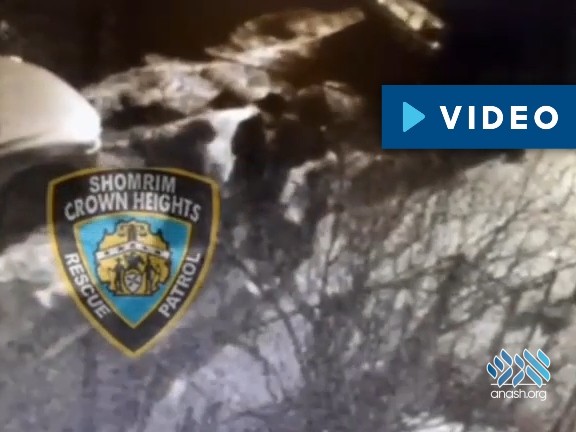 Three criminals robbed a Yeshiva student of a large sum of money late Thursday night in Crown Heights. Police have arrested one of the perpetrators.

The incident unfolded on Carroll Street near Troy Avenue when a group of 3 males surrounded a Yeshiva student and demanded his possessions.

Seeing no way of escape, the bochur was forced to hand over an envelope containing a large sum of cash. The perpetrators then fled on foot down Troy Avenue.

Police caught up with one of the perpetrators on East New York Avenue between Albany Troy Avenues. Unfortunately, the stolen money was not retrieved and Police are still searching for the other two perpetrators.

Crown Heights Shomrim told Anash.org that no weapons were brandished during the robbery, and the victim was not injured in the incident.

Anash.org has learned that the same criminal group had attempted an earlier mugging on President between Albany and Troy. The would-be victim began screaming for help and scared off his attackers.

Shomrim are currently searching the streets for additional security-camera footage to be able to assist the NYPD with their investigation. If you have any information which can assist the investigation, please call 911 and the Crown Heights Shomrim 24 hour emergency hotline at 718-774-3333.