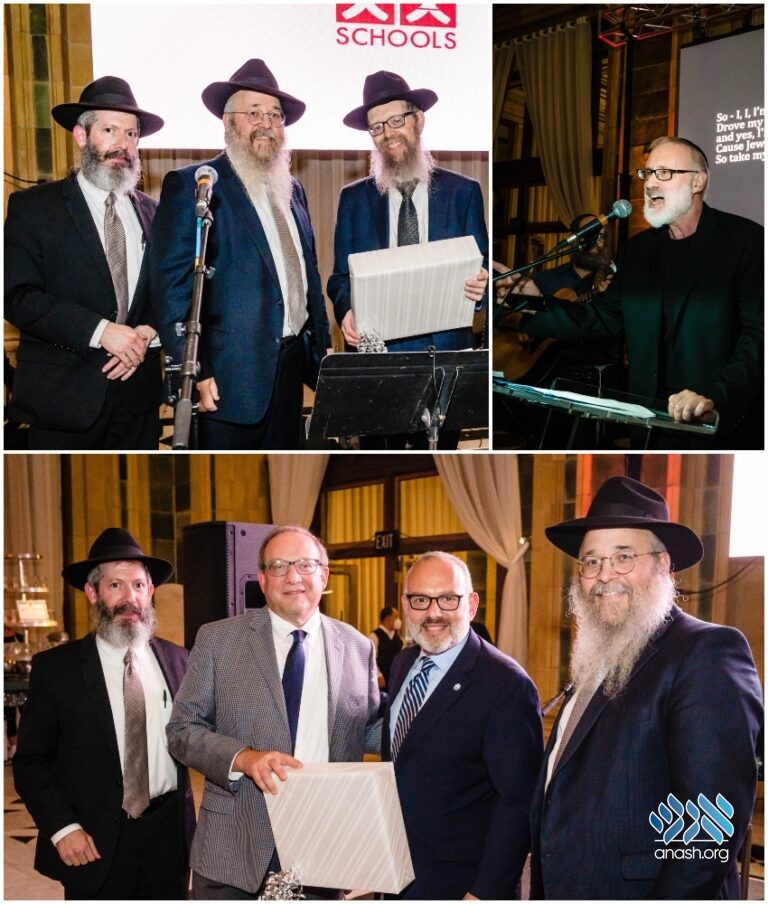 Yeshiva Schools of Pittsburgh celebrated their 79th anniversary with a dinner honoring the Jewish Federation of Pittsburgh as well as Rabbi Yosef and Mrs. Nechoma Itkin for their dedicated years of service.

“It’s a whole new world.” That’s the theme of a major expansion and capital campaign announced by Yeshiva Schools of Pittsburgh, the oldest Jewish day school in the city, at their annual dinner last night. The event celebrated Yeshiva’s 79th anniversary and honored the Jewish Federation of Pittsburgh for its consistent and generous support of the school, as well as Rabbi Yosef and Mrs. Nechoma Itkin for their dedicated years of service.

“The Keystone Campaign will raise a minimum of $9 million to fund the development of a third campus at 411 Greenfield Avenue, renovations of facilities on Wightman Street and Denniston Street, and will grow the Yeshiva’s modest endowment to sustain us well into the future,” according to Rabbi Yossi Rosenblum, CEO and Head of School. “This expansion will enable us to address a growing waiting list for admission to our boys’ and our girls’ schools, and to meet the expectations of our students and families,” he added.

Yeshiva draws its 446 students from across the country, with enrollment numbers growing every year. This expansion will also fill the need for increased housing for out-of-town high school boys at 411 Greenfield and for girls adjacent to the Denniston campus.

The Keystone Campaign will reach out to Yeshiva parents, alumni, parents of alumni, and all those who value the role of Yeshiva in our community. Relevant foundations and public-sector sources will also be asked to demonstrate their support.