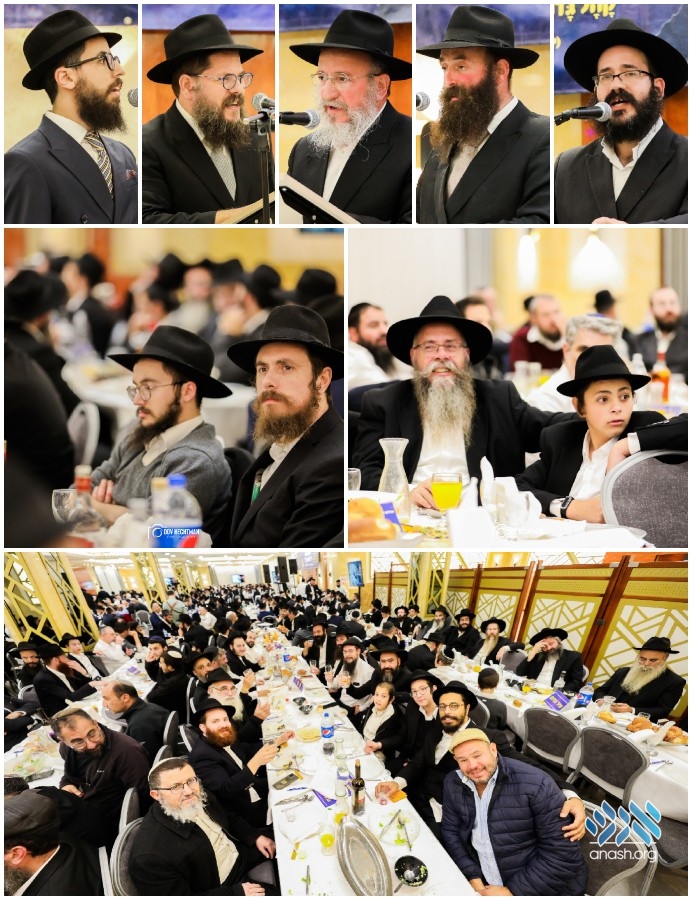 Shluchim from all across Yerushalayim gathered together for a kinus and farbrengen along with their close community members. Several notable rabbanim spoke at the event.

Motzei Shabbos a kinus and farbrengen was held at Gutnik Hall in Yerushalayim for all of the shluchim in the city as well as close community members.

The kinus hosted many well-known speakers such as Rabbi Yaakov Halperin, Chabad representative in the city council. Other speakers featured were Rabbi Menachem Dobroskin, Rabbi Yechiel Levitinsky of Ukraine, and Rabbi Shalom Ber Marzel of Nachhalot. The moderator for the evening was Rabbi Yeshai Weiss and Rabbi Naftali Roth, who is involved with the Chabad youth programs in the Old City.