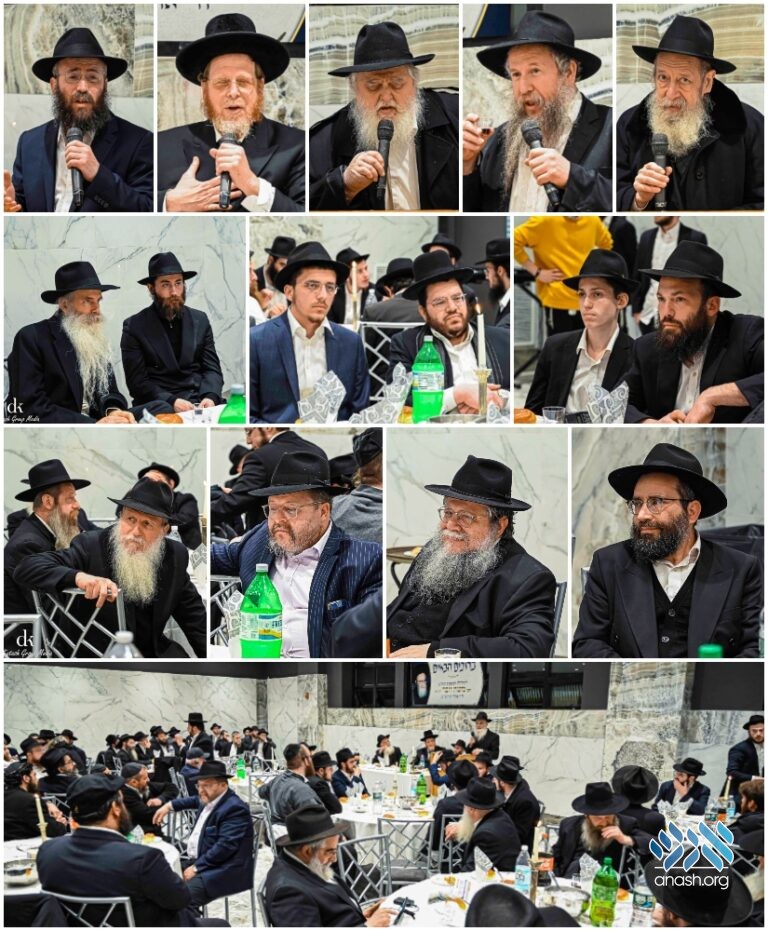 An event was held Monday night in Crown Heights to mark the 22nd yahrzeit of the illustrious mashpia of Yerushalayim, R’ Moshe weber, attended by many former students and admirers.

Over 200 people attended the gathering held in Lubavitch Yeshiva Hall, including many former students and admirers who benefited from his guidance in Torah and Chassidus

The event was chaired by Rabbi Moshe’s nephew Rabbi Dovid Weber, rov of the Chabad community in Pomona, NY, who shared childhood memories of growing up near his illustrious uncle.

Rabbi Shlomo Zarchi, head mashpia in 770, spoke of Rabbi Weber’s greatness in Torah which was combined with absolute humility, and how he was a living example to all who knew him.

Rabbi Kuti Feldman, mashpia in Oholei Torah and a relative of Rabbi Weber, spoke about how – like Avraham Avinu – he exemplified the trait of zerizus. And how the agility he exhibited even through his later years is something we all can learn from

Rabbi Zalman Labkowsky, Rosh Yeshiva of 770, mentioned the maxim of early Chasidim who would used to say “this piece of bread that I have is yours like it is mine.” They had no feeling of ownership of anything in this world. This was the way R’ Moshe lived every day of his life.

Closing remarks were delivered by Reb Moshe’s talmid muvhak R’ Ido Weber – Erlich, who arrived especially from Yerushalayim where he lives and disseminates R’ Moshe’s teachings, to address the gathering.

R’ Moshe Weber was born in 1914, was the son of a prominent rov in Yerushalayim. He was orphaned from his father at two years old, and his mother enrolled him to learn in yeshivas Toras Emes in Yerushalayim.

In 5706, the Frierdiker Rebbe appointed him be mashpia in yeshivas Toras Emes, where he taught and advised students for many years. He was later appointed by the Rebbe as mashpia of Chabad Chassidim in Yerushalayim.

Following the Six-Day War, Rabbi Weber established the tefillin stand at the Kosel plaza which he tended himself every day for hours. He was known to many ba’alei teshuva and others who enjoyed his hospitality for Shabbos meals in his modest home in Meah Shearim.