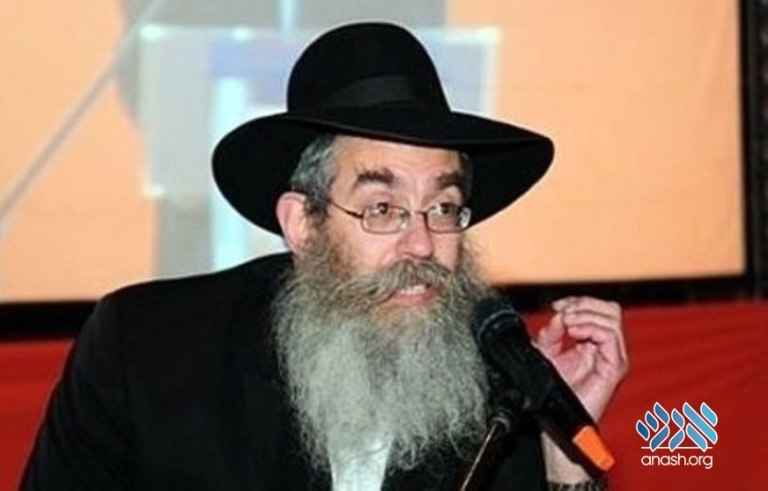 Rabbi Aharon Eliezer Ceitlin, a”h, was born in Montreal on Ches Tishrei in the year 5714 (1953) to Rabbi Heshel and Rivka Ceitlin. His father was a well known mashpia and mohel.

As a child, Aharon Leizer, as he was known, learned in Yeshiva Tomchei Tmimim Lubavitch of Montreal. He was particularly influenced by mashpia Rabbi Volf Greenglass, a”h.

As a bochur, Aharon Leizer was selected twice by the Rebbe for a special shlichus. In 5733 (1973), he was sent with a group of five other bochurim to strengthen the community in Melbourne, Australia. While there, they traveled to other cities to inquire after the needs in the communities there.

In 5736 (1976), he was selected to join a unique group of people whose mission was to build the land in Eretz Yisroel, spiritually and materially. Upon arrival, the group, led by Rabbi Mordechai Mentlick, met with Prime Minister Yitzchak Rabin and presented him with 10,000 Israeli lira from the Rebbe as participation in building the land.

Shortly after arriving in Eretz Yisroel, Rabbi Ceitlin married Ruti Greenwald, daughter of the well known educator Rabbi Tzvi Greenwald A”H. They were sent by the Rebbe on shlichus to Tzfas, where Rabbi Ceitlin founded and directed the Chabad Kindergarten network. As the years went on, the network expanded to include 34 schools, educating a total of 1,500 children every year. Still, he was known to quote the words of Rabbi Hadakov to veteran shluchim: “The big buildings are only to serve the core purpose of helping another Jew do a Mitzvah.”

For 23 years, Rabbi Ceitlin led an organized trip for hundreds of Israeli girls to New York for Chof Beis Shevat. During these trips, participants were privileged to speak to the Rebbe’s secretaries and known chassidim. Many have said that the inspiration from those trips had an impact on their lives that continued on for many years after they returned home.

He was part of a group of young chassidim who carried out the Rebbe’s instructions to print the Tanya in a number of locations in Lebanon during the 1982 Lebanon War. Despite the danger involved, he and his companions went directly to the front lines in order to print the sefer in Beirut.

A passionate and inspired personality, he was often invited to lead farbrengens in communities around the world. His audience would listen, spellbound, as he told stories of previous generations and of his own experiences on shlichus. He spoke about his encounters with the Rebbe, and brought the Rebbe’s teachings alive so that they felt as new and real to his audience as when he first heard them.

Whether he was flown out to farbreng with a community for six hours, or hoisted onto a chair at a sheva brachos to address the crowd for a few minutes, those privileged to hear Rabbi Ceitlin speak would come away feeling uplifted and inspired. Peppered with humorous anecdotes and fascinating stories, his words would enter straight into listeners’ hearts, his practical messages strengthening their resolve to live with the ideals of Torah and Chassidus.

On Beis Cheshvan 5776 (2015), Rabbi Ceitlin passed away in New York after battling a terminal illness. Even towards the end of his life, as he underwent strenuous and often painful treatment, he utilized every opportunity to inspire and do mitzvos with any Yid he met.

May his neshama have an aliya, and may his memory continue to inspire the thousands who were affected by him during his life.