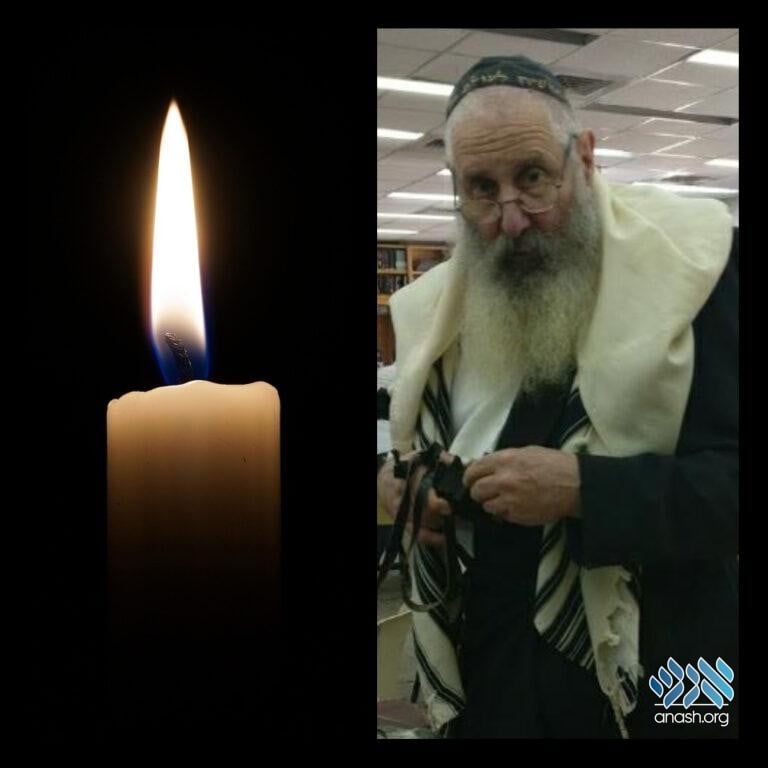 Yaakov Chairsky, a former resident of Crown Heights, and more recently an active member of the Chabad community in Tzfas, passed away on Sunday, 2 Adar, 5781.

Yaakov Chairsky, an active member of the Chabad community in Tzfas, and a regular member of the Tzemach Tzedek Synagogue and Kolel, passed away on Sunday, 2 Adar, 5781.

He was 74 years old, and passed away after contracting COVID-19.

Yaakov moved to Crown Heights in 1995 soon after making his original connection with Chabad, to be in “the center of things”.  During his time there, he had the special merit to study under HaRav Sholom Ber Vishedsky a”h, and farbreng with him personally. He also established a close relationship with Reb Moshe Haber and his family who he would later rejoin in Tzfas.

A short while later, Yaakov decided to move to Eretz Yisroel to continue his learning and deepen his connection with Chabad Chassidus and the Rebbe. He settled in Kfar Chabad, where he established a relationship with the well known Baalei Teshuva Torah institution for English speakers, Yeshivas Ohr Timimim and its directors, Rosh Yeshiva Rabbi Schneur Zalman Gafne and principal Rabbi Tuvia Bolton.

It would be in Tsfat soon thereafter where he would be introduced to his wife, Simcha, by Rabbi Eliyahu Kaye and his wife. Yaakov and Simcha had both established regular learning relationships with Rabbi Kaye at the acclaimed Baalei Teshuva learning institution Ascent of Safed. After their wedding in Kfar Chabad, the couple settled in Tzfat where the couple lived out their days until Yaakov’s passing.

Known for his Chassidic spark and charm, Yaakov spent the past decades doing what he most loved —  learning as a regular member of the Tzemach Tzedek Kolel, never missing a fabrengen opportunity or the chance to give over a quick and meaningful vort. Over the years,  he also developed a close relationship with the bochurim and the leadership of Tzfas’s Yeshiva Gedola, where he luxuriated in the institution’s trademark chayus and simcha.

In his final years, he also was able to further enrich his relationship with Rabbi Gafne who had made a move from Kfar Chabad with his wife within the past decade.

Rabbi Haber, who made the move to Tzfas with his wife in the past few years, and established a chavrusa relationship with Chairsky long after their original relationship in Crown Heights, was speechless with grief other than to say: ”He will be sorely missed.”

Rabbi Gavriel Marzel, director of the Tzemach Tzedek Synagogue and nearby Chabad House of the Old City of Tsfat said, “the community today suffered a great loss.”

The levaya will be held at 1 a.m. on Monday in Tzfat.