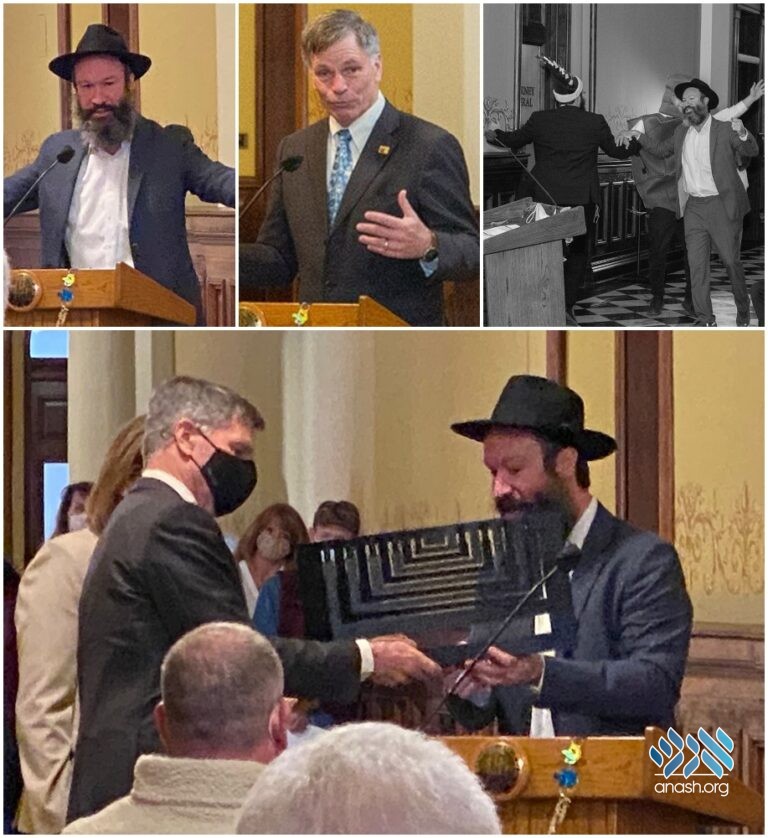 Kicking off the event was the Cheyenne Youth Symphony, playing a number of classic Chanukah songs. Rabbi Mendelsohn then got up to speak, starting off with thanking the participants who had gathered for the menorah lighting.

He then presented a metal sculpture of a menorah to Gov. Gordon, thanking him and first lady Jennie Gordon for embodying the “commonality that exists within each and every one of us.”

Rabbi Mendelsohn also emphasized the need for each and every person to be a shining light in the world. He said that the menorah is a sign of perseverance, the choice of the Jewish people to carry on through years of adversity.

Gov. Gordon echoed similar sentiments, making a connection to the symbolism of the gold used in a menorah.

“The people that are assembled here are part of our family of Wyoming,” he said. “If there is gold in what we are, that is where the gold is in our family, and that is what holds us together.”

Rabbi Mendelsohn then invited Gov. Gordon and first lady Gordon to the podium to light the ninth candle of the menorah, which sits high in the middle, symbolically known as the candle that lights the rest.

Menorah were also made available for participants to take home.

Following the lighting, bochurim Lazer Oberlander from Budapest, Hungary, and Yisrael Dick from Morristown, New Jersey, who are spending Chanukah in the state on merkos shlichus, broke into a lively dance.