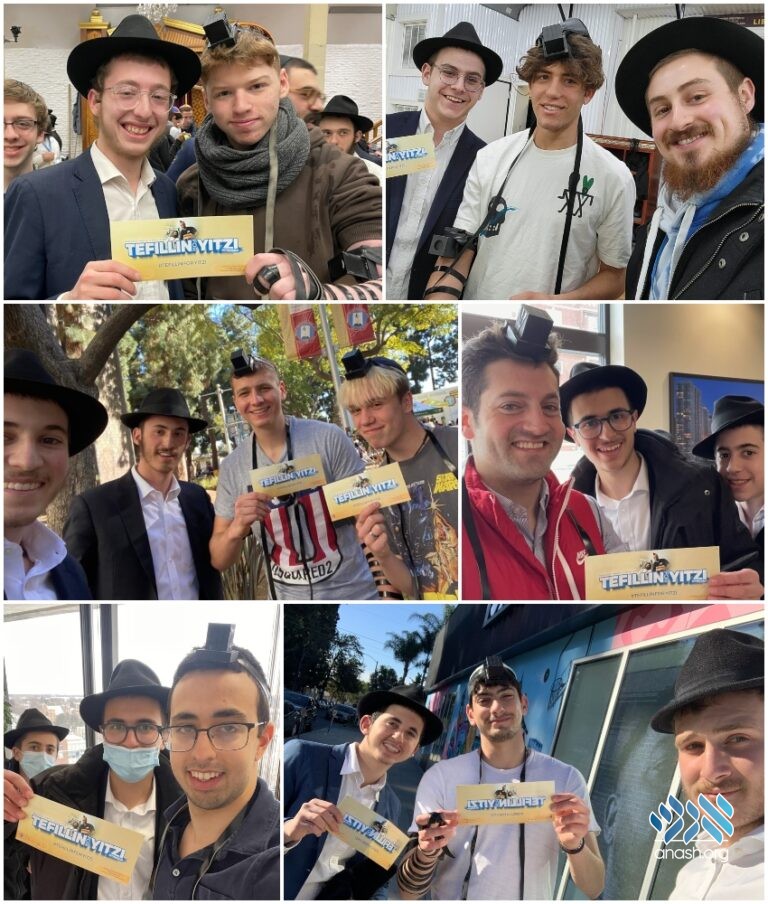 Rabbi Yitzi has inspired us all throughout his battle with ALS. As he celebrates his 50th birthday this Shabbos, TefillinForYitzi turns to you to participate in a most unique birthday gift.

This coming Shabbos, Beis Adar, we will be celebrating the 50th birthday of our fellow Chossid, Rabbi Yitzi Hurwitz, לאויוש״ט.

Rabbi Yitzi Hurwitz is familiar to us all. Since being diagnosed with ALS, losing his ability to speak and move, his resilience and Emunah have inspired and moved everyone he has encountered. Now 9 years later, we ask you to join in celebrating Rabbi Yitzi’s 50th Birthday!

Rabbi Yitzi has always demonstrated a huge passion for the Rebbe’s Tefillin Campaign. Unable to do so physically, let us join our efforts together to give Rabbi Yitzi the gift he so desires. He once shared that when he was first diagnosed the first parts of his body to be affected were his head (most notably his speech) and his left arm. These are the two places where tefillin are placed, making the mitzvah of Tefillin especially meaningful.

TefillinForYitzi, a campaign formulated by a group of bochurim enamored with Rabbi Yitzi, has been met with tremendous success in previous years This year they are back once again, with even higher ambitions.

The goal for this year is to gift Rabbi Yitzi with 30,000 Tefillin.

The campaign will run the week leading up to the birthday:

We turn to Anash, asking each of you to join this special initiative. This week, put an extra emphasis on the mitzvah of Tefillin, encouraging all Jewish men you encounter to put on Tefillin. It is up to us to reach our goal, to present Rabbi Yitzi with a befitting gift on this momentous jubilee birthday.

Rabbi Yitzi has expressed extreme appreciation for those that have contributed in the past. “Ever since thousands of you began gifting me these incredible #TefillinForYitzi campaigns for my birthday,” Rabbi Yitzi related using his eye-controlled computer, “I feel like I’ve regained a big part of my prior life and, actually, in greater measure than before!”

Go to TefillinForYitzi.com, print a sign and start wrapping!