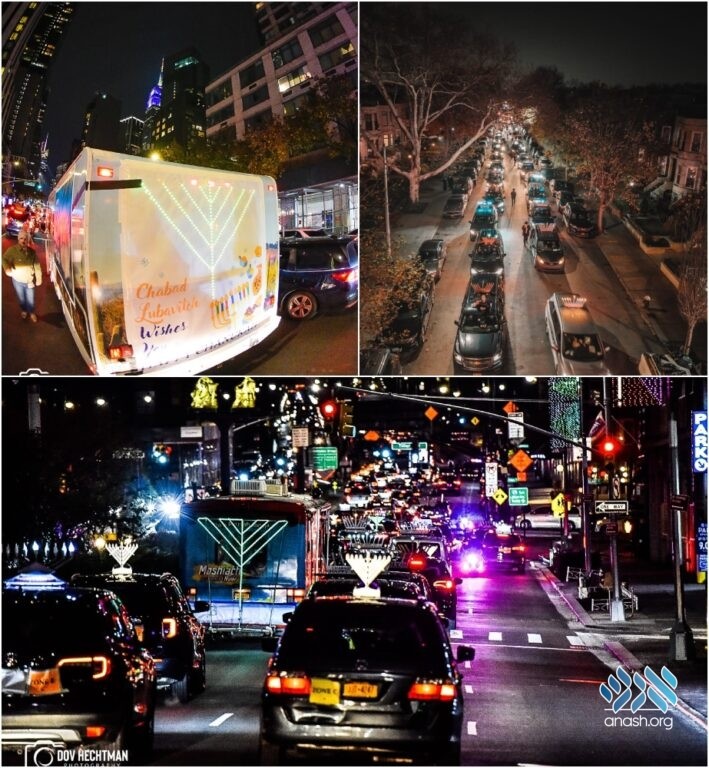 Registration for the NYC menorah parade is now open, and organizers are urging all those who wish to participate to sign up at the first opportunity.

This year the NYC menorah parade, led by the Mitzvah Tanks, will take place on Thursday, the 5th night of Chanukah, giving us the opportunity to create the greatest Pirsumei Nissa.

The Mitzvah Tank Organization began preparations many weeks ago for the largest Menorah Parade, which will conquer the NYC streets.

“Please help spread the light of the parade, by taking the entire family on Mivtzoim and purchasing Menorah kits,” organizers said. “We encourage all participants to  become a parade VIP by  sponsoring your car aside from having the Zechus of participating in the costs of this Major Mivtza Chanukah, the VIPs will also lead the parade.”

The Mitzvah Tank Office thanks the NYPD 71st pct. for making this year’s parade possible.

“We request that those participating in the parade should arrive at least half hour early, as we will be leaving in time,” organizers said.

We hope that it will be this parade, where we will end this Golus and March towards the Geulah Ha’amitis V’hashleima, with the Rebbe leading the way!

The parade is being organized by the Mitzvah Tank Organization, and under the auspices of Lubavitch Youth Organization.

We request that those participating in the parade should arrive at least half hour early, as we will be leaving on time