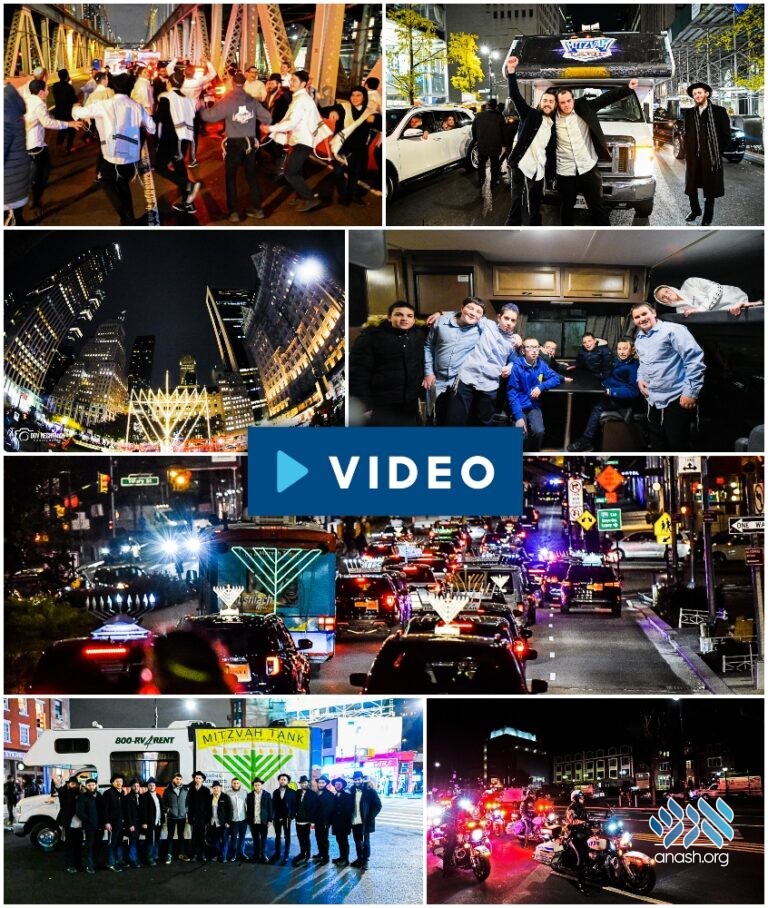 Over 250 cars of all sizes topped with car menorahs, accompanied by nearly 50 mitzvah tanks, took over the streets of Brooklyn and Manhattan on Sunday to spread the message of Chanukah, and distribute thousands of menorahs.

Over 250 cars of all makes and sized, topped with car menorahs, joined nearly 50 mitzvah tanks for the world’s largest Menorah Parade, driving through the streets of New York City.

The annual parade, organized by the Mitzvah Tank Organization, takes the mission of pirsumei nissa, publicizing the miracle of Chanukah, to new levels each year. With tens of thousands viewing the parade as it passed through Brooklyn and Manhattan, it serves as a catalyst for countless Yidden to light menorah in their homes.

This year, with Chanukah falling out quite early on the secular calendar, the Mitzvah Tank Office realized that they had a unique opportunity for increased pirsumei nissa. The first night of Chanukah fell out a weekend night, between the Black Friday and Cyber Monday shopping rush – in the world’s busiest city.

With that in mind, they set out the make the parade larger and grander than ever before, putting in many hours of effort in the weeks leading up to Chanukah. Their efforts paid off, and the number of vehicles in the parade was the highest in the parade’s entire history.

The parade started off in Crown Heights early Sunday evening, passing by 770 and continuing on to Manhattan where they passed by the large Menorah on 5th Ave before spreading out to give out menorahs or heading back to Crown Heights.

Both participants and viewers of the parade said that the parade was extra meaningful this year, with all the challenges still being presented by the global pandemic. With so many unable to join their usual Chanukah parties and events, the parade was the only taste of Chanukah for many Jews throughout New York City.