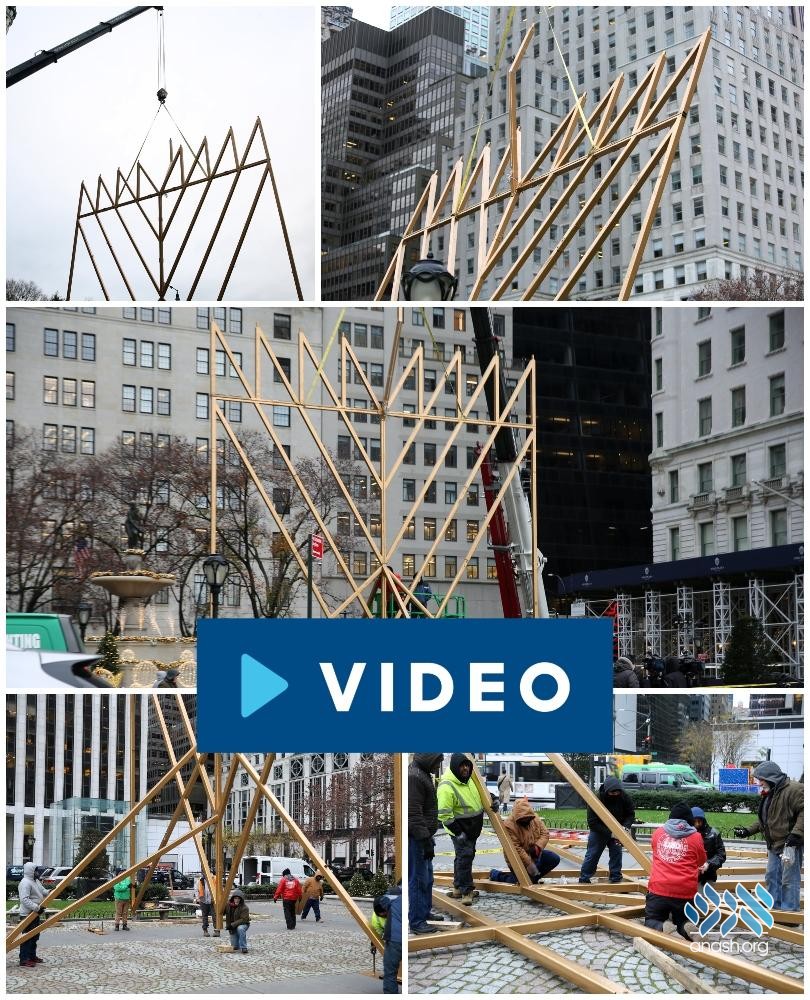 The world’s largest Chanukah menorah was raised by a crane in central New York City. The 36-foot tall menorah, will be lit each of the eight nights of Chanukah, in small, socially-distanced ceremonies.

The Lubavitch Youth Organization (Tzach) will light the menorah each of the eight nights of Chanukah, in small, masked, and socially-distanced ceremonies.

The public Menorah campaign was set into motion by the Rebbe in 1973, forever altering the American awareness and practice of the holiday. The campaign highlights and encourages the central theme of the holiday, publicizing the story of the Chanuka miracle.

Rabbi Shmuel Butman director of Lubavitch Youth Organization said “This year’s lighting will honor New Yorkers lost during the pandemic and spread a message of hope and healing.”

In addition to being the world’s largest menorah, at 36 feet and 4,000 pound menorah, it is also the world’s brightest menorah with LED lighting added to the frame to increase the light in a show of Jewish pride to confront the darkness of the global pandemic.

In 2006, the Menorah was certified by Guinness World Records as the World’s Largest. It was designed by world-renowned artist Yaacov Agam following the Rambam’s hand drawn design on the original Menorah in the Beis HaMikdash.