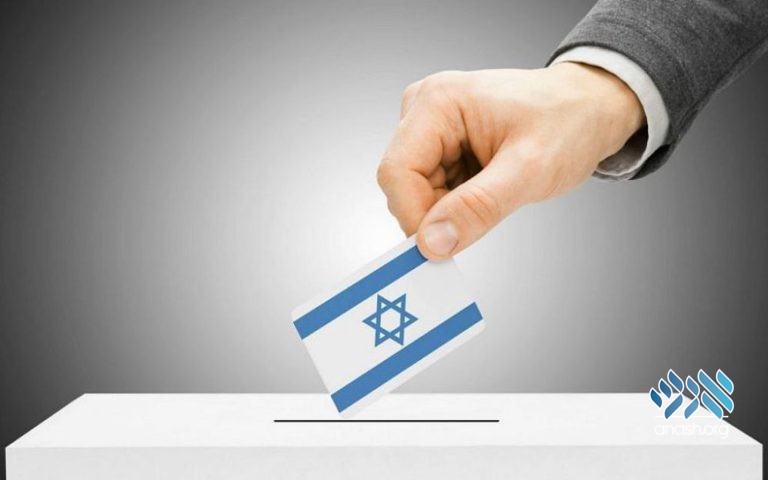 Every four years, voters determine who will influence the allocation of vital resources for Jewish interests in Eretz Yisrael and around the world. What is Chabad’s position on this election?

In recent weeks, there has been much talk among the frum community about the upcoming elections for the World Zionist Congress.

The World Zionist Congress (WZC) is an umbrella of four organizations with links to the Israeli government and global Jewish causes: the World Zionist Organization, the Jewish Agency, Keren Kayemes Leyisrael-Jewish National Fund, and Keren HaYesod.

The congress is made up of 500 delegates, with 152 of them coming from the United States. Those filling the U.S. seats are determined by the Jewish American vote; this election takes place once in five years. The elected delegates determine the agenda of Israel’s central national institutions with an annual budget of one billion dollars.

More importantly, the WZC influences certain aspects of Israeli government policy. This includes policies affecting the observance of Shabbos and kashrus, standards of geirus, and the sanctity of Eretz Yisroel’s holiest sites. It also includes policies that affect Jewish education in Eretz Yisroel and across the world.

The next WZC will occur in October 2020, and for the next two weeks, American Jews can vote for the platform they wish to see representing them. Many are wondering what this means for Yidden and Yiddishkeit, and whether Lubavitcher chassidim should participate in the election.

The Rebbe’s policy was always not to take a public stance on Israeli elections and politics. This was not simply to remain apolitical; many of the Zionist ideals run contrary to Torah values. Chabad has similarly refrained from engaging in the WZC in an official capacity. Even voting as an individual can be seen as problematic, as it requires one to sign a platform paying lip service to these Zionist ideals.

However, many shluchim and activists feel that the current climate requires us to get involved. In recent years, movements to increase secularism have sprung up in the Holy Land; key players in the various WZC slates have an agenda to push the country further in this direction.

A number of the current platforms explicitly advocate for initiatives that are anti-Torah and halacha in issues like Shabbos, Mihu Yehudi, and marriages. The dangerous situation that could emerge out of this election could be untenable.

Given these circumstances, activists argue that we must do everything in our power to ensure that the resources are directed towards the proper initiatives and movements. They urge fellow Anash to privately participate in the WZC election, even if they have to “hold their noses and vote.”

Still, Chabad rabbonim and askonim who we spoke to agree that as a movement, we should refrain from taking an active, official stance on this or any other election. They also note that while no platform is completely aligned with Lubavitch hashkafa, even the ‘frum slates’ are not all created equal.

The ‘heter‘ to get involved in this election is specifically for the purpose of preserving the kedusha of Eretz Yisroel. It would, therefore, behoove us to pay attention to the organizations and individuals standing behind a platform, and the ideas about Yiddishkeit that they promote.

How can one know which slate is the ‘right’ one? Several of them speak of a commitment to promoting Torah values, and from a cursory glance, it could seem that they do. The name of the slate sounds frum, many of the listed candidates bear the title Rabbi, and there may be well known orthodox organizations standing behind them.

For example, in its own words, the Eretz Hakodesh platform promises to “represent true Torah values and respect Torah standards of Shabbos, the Kosel, kashrus, conversion, marriage and divorce.” Furthermore, it believes that “classical Jewish values of Torah as taught for millennia should play a central role in modern Israel.” The slate includes representatives from the yeshiva and chassidishe communities in the United States, including several Lubavitcher chassidim.

When chassidim in Eretz Yisrael asked the Rebbe about Israeli elections, the Rebbe encouraged them to vote for the “most chareidi party,” yet not to join the government themselves. Today, we must each do our best to understand, with the help of chassidishe rabbonim and mashpiim, what is required of us in these turbulent times.